Submitted by Christina Engela on 1 March, 2010 - 00:16
in
In 2008 a journalist working for the Sunday Sun wrote an article which insulted gay people and women, encouraged conservatives to remove the rights of gay people from the SA Constitution, and also thumbed his nose at the Human Rights Commission by saying that he would refuse to apologize. More than two years later, it seems Jon Qwelane has been proved right.
Not only has it taken two years for this man to be charged for his offensive publications, but now that the Human Rights Commission has finally managed to get the process to the point where it can go to court, Mr Qwelane suddenly cannot be traced to be served with notice that he should appear in court - effectively holding up the whole process.
Where, I wonder, is Mr Qwelane? Perhaps the tracers diligently searching for him have been asking in the wrong places. Have they asked the Government?

Hate Is Not A Religion

It is not a new thing in the world for people to call and campaign for the death penalty for gay people 'as punishment' for being gay, although it certainly is fairly new on the political scene in South Africa.
This is a disturbing trend among radical gay-hating people, who are usually fanatical fundamentalists or literalists ascribing to one of many religions. Their hatred for those who differ from themselves overflows and overrules common sense, logic and compassion for fellow human beings. We can only attribute its arrival here to the heavy influence of the American religious right groupings who have overrun the US Republican Party and used the gay community as a scapegoat and rallying point to try and institute a theocracy in that country over the past 8 years - and certainly the dangers of mixing religion with politics can be seen in this. For many years right wing fundamentalist "missionaries" have been coming to SA and assisting these groups under the guise of "church planting".
Many groups have sprung up in SA which were inspired by and even named after US groups and who followed their lead in persecuting the pink community. In many cases even the rhetoric they espouse is supplied by the foreign groups. Sadly this ideology and fanaticism seems to have found a home in South Africa in the form of "ex-gay" groups and political parties such as the ACDP and CDA.

Submitted by Christina Engela on 18 February, 2010 - 00:50
in
Herewith an exclusive special offer - Full Membership of the Methodist Church of South Africa - if you are straight, perfect and sinless - and 2nd Class Membership if you happen to be gay and desperate enough to put up with our hypocritical bullshit to enter the House of God (cough, cough) - but that's just because we can't actually ban you (on account of that annoying Constitution), so we'll just let you in and annoy you, exclude you while seeming to include everybody, keep you at a distance and shame you into eventually going away when you get sick of bashing your head on that well-placed glass ceiling. Welcome to the Methodist Church of South Africa, where we take the Christ out of Christianity.
Last night I posted an article on the dismissal of Ecclesia de Lange, a Methodist minister, for daring to marry her partner. It seems that her being lesbian and a minister was not really an issue here, but the fact that she chose to formalize her relationship with her partner over what the church still views generally as "living in sin", is. Such things force me to question the morality of the Church, the hypocrisy of Christians - and the precise definition of "living in sin".
Instead of grabbing this opportunity to make a real difference and to embrace our community, the leadership of the MCSA instead have just by this act alone, alienated every single GLBTI person in the country and effectively undone and sabotaged all the community building done by activists and inclusive ministers over the past few decades.

Submitted by Christina Engela on 17 February, 2010 - 13:26
in
In a shameful turn of events, the Methodist Church of South Africa has today betrayed the trust of all its non heterosexual members and supporters - and its foundational message of inclusive worship - by upholding the guilty verdict handed down at an earlier internal hearing which discontinued the services of Methodist minister Ecclesia de Lange - a Methodist minister who is also a gay woman for daring to marry her partner albeit in another church.
The Methodist Church of South Africa has thus fumbled a perfect opportunity to right past wrongs, to truly show a meaningful welcome to the pink community in its ranks - and has instead chosen to compound them by affirming instead rejection and bigotry.
Now all GLBTI people know that the leadership of the Methodist Church of South Africa is not welcoming and affirming - but is merely tolerant - and only tolerant up to a point of law.

Bonfire Of The Diversities

Submitted by Christina Engela on 16 February, 2010 - 15:30
in
A few very interesting things have grabbed my attention in the international news this week and I thought I would mention them here.
Right at the top of the list, possibly because I am transgender myself, I want to mention that "France has become the first country in the world to declassify transgenderism as a mental illness. A health minister signalled the change would be made last May and this was confirmed last week by a government decree." And about bloody time too! I can't wait to see which countries will follow this sterling example.
"South African man wins Mr Gay World 2010 A South African man has scooped the title of Mr Gay World 2010. Charl Van den Berg, a 28-year-old restaurateur from Cape Town, was named the winner at a ceremony in Oslo, Norway, yesterday." Fantastic! This is one of the first good reasons I have had to feel proud of this country in ages!
"The European Parliament has confirmed that upholding LGBT rights is a condition for nations to join the European Union"- this is fantastic, and means that if any other country in Europe wishes to join the EU they WILL have to respect and uphold the civil rights and equality of the pink community within their borders." I only hope this will also apply retroactively to all countries ALREADY members of the EU, on pain of expulsion or other penalties should they go back on this principle. 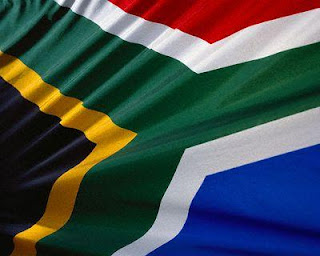 South Africa is full of potential and possibility and hope. All we need to do is grasp it and realize it. Sitting on the sidelines will let others achieve their own corrupt desires unopposed - and make our nightmares come true.
It is so easy to be caught up in the negativity that says South Africa is a dangerous place, that it is a haven for crime and gangsterism and corrupt government officials and conniving self-interested politicians, a place where dreams suffocate and joining the rat race to greener pastures elsewhere is the solution.
It is so easy to overlook the obvious, that we are now 20 years post-Apartheid, we have weathered the worst of it, that despite the doomsayers and gloom merchants, people of all races, cultures and religions, genders and sexual orientations are living together side by side in relative harmony. People are working together, sharing office space and even sharing jokes and sorrows together in ways we never dreamed possible two decades ago.
This is my dream, the South African dream, an equal opportunity society, where we all can make our dreams come true.
.....Well, not quite yet. 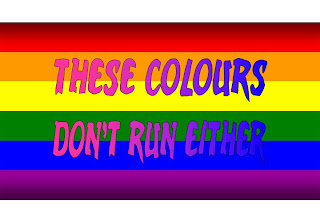 Considering the events of the past few days, weeks and months - it is quite easy for me to feel negative - but I am not going to.
Nope. Not me, not today.
If you're wondering why, I will tell you. Because there are folks out there who want us to fail, they want our community to be complacent and silent and happy with the way things are. They love our apathy and false sense of security. They love it when we sit quietly by and accept every slap in the face and every kick in the butt they deliver. And because being negative will play into their hands, I am inclined to not play along.
I dance to my own tune, folks, I drum my own beat.

Submitted by Christina Engela on 8 February, 2010 - 09:59
in
Are we only gay, bi, trans or intersex when the good times are rolling?
Are we only pink at parties?
You may detect a note of bitterness in my article today, and I apologize for it - but I feel that by just covering it over with pretty wallpaper will just do more harm than good.
So here we go, here beginneth my rant.
We all know the TV series "The 'L' Word"... well today's subject is "the 'M' Word".
This morning I attended a prayer vigil for the Methodist minister who has been suspended recently, not specifically for being gay - but for being gay AND daring to get married. I find this telling of the times we live in, in South Africa - where almost any attempt by us to use that precious "M" word results in slant-eyed looks, or sudden embarrassing silences.
I took leave specially just for this event as I did not want to miss it. A friend called me at the last minute to attend and asked me for a lift, and even though it was in the opposite direction to the church where the vigil was being held, I said it was on my way and picked him up.
We walked into church together five minutes early, with about 3 people sitting inside, including the minister. We looked at each other half sheepishly, recognizing the significance. This, it seems was going to be yet another typical Port Elizabeth event for the apathetic Port Elizabeth pink community.

Submitted by Christina Engela on 5 February, 2010 - 09:31
in
With all the celebrations of the 20th anniversary of the release of Nelson Mandela, who became arguably the most important, if not the best President of South Africa - it occurred to me to look at the similarities and differences between this icon and our current Prez.
'Nuff said. 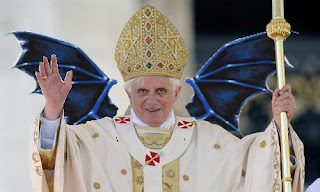