So the New York Times has written about the newest opiate prescription crackdown. This will come as no surprise, but a deep burden, to pain patients everywhere. Like life with the kind of pain that gets opiate attention is not already hard enough.

I know that my life is not indicative of all lives, and that my experience is not universal. But it is already hard enough, dammit. I already have to schedule, attend, and pay for doc visits I do not need (as opposed to the many I do need) in order to "check in" on my pain script. I have already mentioned several times that it is no longer cutting it, and we are going to have to find something better that still leaves some upward mobility in this area for the rest of my life.

Sarah Graham: A Letter to my Body

'A Letter to my Body' is a series of essays - broadcast on BBC Radio 3 - in which five thinkers, artists and writers ask themselves how they relate to their own bodies.

Sarah Graham, a successful therapist and addictions counsellor, explores her at times turbulent relationship with her body.  From the age of eight Sarah was given ongoing medical treatment but she only learned the real nature of her diagnosis at the age of twenty-five when a gynaecologist finally revealed the truth: that she has XY chromosomes and is an intersex woman.

Doctors had even shielded her parents from the truth about her "disorder of sexual development".

The shock of the revelation led Sarah on a path of depression and addiction which nearly killed her. However she has gradually rebuilt her health and her self esteem. In this essay she makes peace with her body and challenges homophobia in religion and our society's polarised expectations of gender. 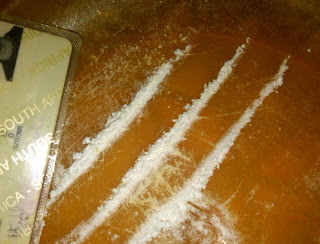 Isn't it striking that right now in this country there is a move to ban pornography on digital media, specifically on mobile phones and the internet? This is ostensibly to "protect children" - a favorite excuse of the religious right wing, who fail to see the obvious - that while they are all fired up doing the Lord's work - the same kids they are trying to protect from seeing people having sex, or even making love on the web, on their phones or on TV - can watch gratuitous violence, mayhem and dismemberment on TV, and hey - in real life as well. Thus it is a logical conclusion that seeing sex and intimacy in whatever context is bad for children, but everything violent and bloody is just fine. Or is that just next on their list after gay rights, hate crime, abortion and freedom of religion?
What about the reality they are skirting around? That the poor vulnerable "children" they want to protect from viewing internet porn, despite the safety mechanisms which are all too easily enforced by parents interested enough to bother - are far more exposed to violence, bullying in schools, child abuse and even drug abuse than porn.
Right at the top of my list right now I would have to target drug abuse. Why? Because I have just been through a most painful breakup because of drugs. Right now I hate drug dealers, manufacturers and also hijackers. People who make their living out of the suffering and deaths of others, people who deserve to be stopped with extreme prejudice. If there were no hard drugs to sell, there would be no-one to sell them, and no-one to use them and pay for them, steal to pay for them or lie and hurt others and themselves in using them.