She's at it again this week and going off on this year's Eugenics poster child.

"A lot of women didn't know it was wrong that they'd been sterilized."

JOHANNESBURG, 30 August 2010 (PlusNews) - Veronica* did not realize she had been sterilized while giving birth to her daughter until four years later when, after failing to conceive, she and her boyfriend consulted a doctor.

"I was like 'Okay, fine', because there was nothing I could do by then, but I was angry. I hate [those nurses]," she told IRIN/PlusNews. Veronica tested HIV-positive during a routine antenatal visit and was given a form to sign by nurses at the hospital where she went to deliver.

"I didn't know what it was all about, but I did sign," said Veronica, who was 18 at the time and had been scolded by the nurses for being unmarried.

She vaguely recalls being unconsciousness and then coming to and giving birth to her daughter, but did not ask questions about the cut on her abdomen. "My aunt - she's a nurse - went there and asked them what the cut was all about. They didn't answer her; they said it was private and confidential."

Veronica, who is now 28 and working for an HIV/AIDS home-based care programme in Orange Farm, an impoverished township south of Johannesburg, is among a growing number of women in South Africa and other countries in the region who have come forward in the last few years with similar stories of forced or coerced sterilization after an HIV-positive test result.

Local rights groups in Namibia, with the support of the International Community of Women Living with HIV/AIDS, have helped uncover 15 such cases, and a trial involving three HV-positive women who say they were sterilized at public health facilities without their consent is due to resume on 1 September in the High Court. 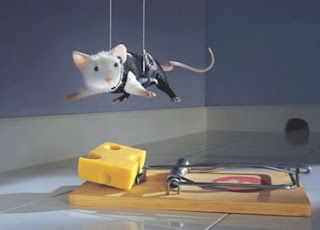 I noted the other day the similarities between some ancient South American religions and modern puritanical Christian fundamentalism. This is of course, only my conclusion - but feel free to take it all with a pinch of salt (and, if it is your "world-view", light):
The Maya, Toltec and Inca practiced human sacrifice of their enemies to satisfy the wrath of their blood-thirsty gods. Oddly enough, despite this minor shortcoming, we miss the contribution their cultures made to the body of scientific knowledge we as a society would have benefited from today. For one thing, their method for predicting the end of time and all life on earth by December in two years time, would've been quite nice (thank you, Mr Cortez). It would have been nice to know if they were accurate, scientific - or just smoking their orchids at the time. I am sure there will be some people who will actually give away all their worldly goods a day early and go sit on the nearest mountain to get a good view of the end of the world. I hope they remember to take pop-corn, if anything to make the trip worth anything.
Sadly, the records and knowledge of these ancient and (in some ways) highly civilized cultures were all but completely destroyed by the Spanish marauders when they conquered South America. Today we know they indulged in practices such as genocide and "ethnic cleansing" while under the mistaken impression that they were doing "God's work", while stealing land and hunting treasure. I don't wish to be a pain, but this seems strangely familiar, don't you think?
Christian fundamentalists today may not actually kill the people they don't approve of, or consider their enemies in their temples - but they certainly do make the gesture by destroying and endeavoring to destroy their lives in the world outside their churches.

WINDHOEK [New Era] – The Namibia Planned Parenthood Association (NAPPA) has said justice should be accorded to any woman whose rights have been violated as a result of forced sterilisation.

NAPPA’s statement, issued by its director Sam Ntelamo last week, follows a case in which 15 women that were sterilised at public health institutions without their informed consent are seeking redress in the High Court.

The case of three of the women was postponed until November 24, when three other women who have been sterilised because of their HIV status will also be heard.  The Legal Assistance Centre (LAC) is representing the women.

NAPPA said coerced sterilisation is the use of intimidation, fear, pressure duress or deception to get “consent” for the sterilisation procedure.

"The sterilisation of women living with HIV without their informed consent in Namibia is an emerging human rights issue and the extent of the problem is yet to be discovered".

In 2007, reports surfaced of cases in which women seeking medical care were allegedly subjected to sterilisation without informed consent at state hospitals in two of the thirteen regions of Namibia. Since February 2008, fifteen individual cases have been documented, which appear to be merely the tip of the iceberg.

We, concerned citizens of Namibia and civil society organisations from around the globe, condemn the alleged sterilisation of women living with HIV without their consent in public health facilities in Namibia, and call an end to this practice.

We believe that numerous human rights have been violated, including those guaranteed and protected under the Namibian Constitution and international treaties. These include, but are not limited to, the right to liberty and security of the person; to health, to found a family, including reproductive health; to family planning; to privacy; to equality; to freedom from discrimination; and to life.

Campaign against forced sterilisation kicks off

A CAMPAIGN and a petition against the sterilisation OF HIV-positive women without their informed consent were launched in Windhoek yesterday.

The launch of the petition and campaign – titled ‘Non-negotiable: my body, my womb, my rights’ – comes just days before a case heads to court, in which 15 women who claim that they were sterilised against their wishes at State hospitals, will challenge the Ministry of Health and Social Services.

Reports around State hospital sterilisations of women living with HIV, without their knowledge or informed consent, first came to light in 2007.