so, here's a fucking question

Why is an HIV vaccine being tested in Canada with a 2009 HIV population of approx.64,000 instead of sub-saharan Africa with 22.5 million people diagnosed with HIV/AIDS? 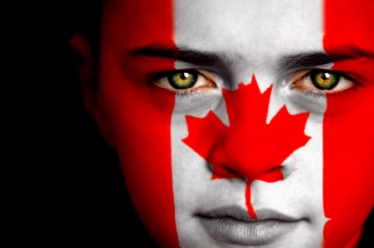 We seem to have no problem testing fertilizers, pesticides and weapons systems in Africa, but saving millions of African lives before some thousands of English & French speaking lives - no can do, apparently.

Isn't that more than a little bit fucked up?

An interesting documentary on women's reflections, considerations and expressions on the physical shape of their vaginas

The perfect vagina from heather leach on Vimeo.

US Pharmaceutical companies have moved their operations overseas over the course of the past decade. Instead of testing trial medicines on Americans, more and more of these tests are being carried out on poor people in faraway places. Russia, China, Brazil, Poland, Uganda, and Romania are all hot spots for what is called clinical research or clinical trials. Now employing CROs—or Clinical Research Organizations—the industry is big business, worth as much as $30 billion US dollars today.

One country has experienced a boom like no other in this industry--India. Spoken English, an established medical infrastructure, welcome attitudes toward foreign industry and most importantly legions of poor, illiterate test subjects that are willing to try out new drugs have transformed the Indian landscape into a massive testing ground for pharmaceuticals. Fault Lines' Zeina Awad travels to India to see what the clinical research practices look like on the ground. What role are the US regulatory bodies playing in overseeing the trials? Are participants aware that they are taking part in a clinical trial? Is the testing being held up against international ethical standards?

Indigenous Peoples In the Sex Trade – Speaking For Ourselves

We as Indigenous peoples who have current and/or former life experience in the sex trade and sex industries met on unceeded Coast Salish Territory in Vancouver on Monday April 11th 2011. In a talking circle organized by the Native Youth Sexual Health Network we wish to share the following points about our collective discussion so that we may speak FOR ourselves and life experiences:

-We recognize that many of us have multiple identities and communities that we belong to – some of us take up the title of “sex worker” while others do not see themselves this way.  We have a myriad of experiences in the sex trade, everything from violence, coercion, to survival, getting by, empowerment, and everything in between.   We want to give voice to these issues so that those who are CURRENTLY involved in sex work and the sex industries feel supported and are the primary place where decisions surrounding our lives are made.  We should not be made to feel judged, blamed, or shunned from ANY of the communities we belong to or are coming from. We are the best deciders of what we want our lives to be.

Here is my latest Public Service Announcement on the importance of safe body art. Author and Master Piercer Elayne Angel discusses the need for clients to be educated before getting piercings or tattoos. See more about Elayne Angel and her book The Piercing Bible at http://piercingbible.com/

Hi.  This is my Public Service Announcement on the importance of safe sex and the prevention of HIV/AIDS.  Playboy playmate,fitness expert and HIV/AIDS educator Rebekka Armstrong speaks about how she got infected with AIDS and how you can prevent this from happening to you!

Granted I have other more bodily related issues too, but the below article (cut and pasted) is a large part of what I am dealing with…“garden variety” complicated PTSD.

Recap: 6 drugs 6 years of withdrawal…before that 39 drugs total: A portrait of poly psychopharmacology

A Portrait of Poly Psychopharmacology

A Feminist Position on Sex Work

We support this decision as feminists, and in particular as feminists who have taken a position of leadership with regards to sexuality.  The Simone de Beauvoir Institute is the oldest women’s studies program in Canada, established in 1978.  We were the first Canadian university women’s studies to offer a course on lesbian studies (1985), we helped organize La Ville en Rose, an international conference on lesbian and gay studies held in 1992, and were active in the implementation of the first undergraduate course on HIV/AIDS at any Canadian university (1994). Since 2006, we offer an elective course entitled “Framing the prostitute,” which considers the ways in which debates about prostitution are constructed – within feminist, policy, and activist sites.

For more than three decades, then, the Simone de Beauvoir Institute has provided leadership with regards to questions of sexuality. Our position in support of the Himel decision continues a long tradition of deep reflection and action with regards to sexuality.

Psychiatric drug withdrawal often results in a life that thrives!

Part of the reason some people are so skeptical about real and complete recoveries is because a lot of people who achieve it move on.