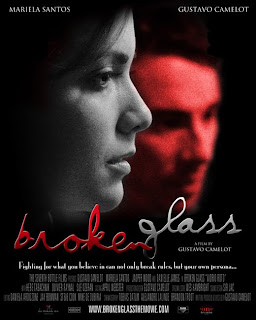 It was very different from the usual beauty contests… minus the skin show, the choreographed ramp walk or the presence of the glitzy fashion world. The contestants were judged on the basis of talent, confidence… and comfort level with their sexuality. Yes, it’s the first-ever beauty pageant for the transgender community in India.

The brain behind the event, Laxminarayan Tripathi, was the first transgender to represent Asia Pacific in the UN General Assembly President’s office as a Civil Society Task Force member. A founder member of the first Hijra/Transgenders organisation in India and South East Asia, Tripathy says, “Although what I started was considered ‘different’, many people said that I was doing it for publicity. But I never gave up.” She admitted that all the contestants were extremely eager to learn. Most of them would love to participate in mainstream beauty contests if given an opportunity.

The semi finalists had to clear three rounds — the ramp walk, talent showcase round and a Q ‘n’ A to bag the crown and prize money of Rs 10 lakh. Judged by gay rights activist Celina Jaitly and actor Zeenat Aman, the two runners-up won prizes of Rs 8 lakh and 5 lakh, respectively. “We are planning to make it an annual event. Hope we continue getting the support,” Tripathy said.

Pack Your Bags and Book Your Trip to Germany – Be A Part of It!

Cologne, Germany – Even if you can’t spike a volleyball, play the trumpet, or get a “perfect 10” off the high dive, the 2010 Gay Games has a way for you to “Be A Part Of It!” Gay Games VIII, 31 July to 7 August 2010 in Cologne, Germany, is recruiting volunteers from around the world to be part of the globe’s largest LGBT sports & cultural event.

“At the heart of the Gay Games are the approximately three thousand volunteers who make the Gay Games run like clockwork,” said Emy Ritt, Co-President of the Federation of Gay Games. “Volunteers are the ones who are ‘backstage’ organizing, managing, supporting and assisting at the sports and cultural events all week long. Gay Games volunteers get to meet people from all over the world, and gain valuable experience at this week-long festival. It’s truly a great cultural experience!”

Volunteers are needed in all areas, including:

Welcome to another edition of my new series sharing perspective on gender and sexuality.  Each week, I discuss a topic on sex, gender & identity from topics sent to me by viewers like you.  If you have a question that you would like to see answered, please email show@buckangel.com.

This episode is my PSA to trans men on the importance of regular gynecological exams and keeping your plumbing healthy.

Check out more of Buck Angel Entertainment at www.buckangelentertainment.com.

Once again, we are looking for parents or siblings of queer folks willing to share.

Our next Queer As Films programme, which is a double-bill of films scheduled for next Sunday 7 March, 4pm and 6pm, is a public outreach one, hoping to help the non-queer population understand our cause and to build allies with them.  Queer As Films is a monthly film screening at The Annexe Gallery presented by PT Foundation and Seksualiti Merdeka, with the aim to empower the queer community.  For the first time, we are inviting members of the public to join us.

The 4pm film is The Naked Civil Servant, a charmingly funny made-for-TV film telling the story of Quentin Crisp, a British queer icon and writer, who was openly homosexual even in pre-WWII England and survived with nothing more than mascara, sharp wit and a sheer force of personality.  Film critic Benjamin McKay, who has met Quentin himself, and actor Edwin Sumun, our very own Quentin Crisp, will be on our panel to talk about gay icons and being out.

The 6pm film is Prayers For Bobby, a powerfully moving made-for-TV film telling the true story of Mary Griffith, a conservative Christian mom who has to come to terms with her gay son's suicide and her role in it.  Sigourney Weaver stars as the mom, who eventually becomes a gay-rights advocate.  For this film, we hope to have a panel of moms/dads/siblings willing to share about how they learn to accept their queer children/brothers/sisters.  So I am asking all of you who are out to your family, are your family members willing to share?  Or if you are a sibling or parent of a queer child who is out to you, are you willing to share?  Let us know and we can meet with you all personally first to talk.

Otherwise, if you can even persuade your family members to attend the film, it will be good enough.  Hope to see you guys there.

This e-mail address is being protected from spambots. You need JavaScript enabled to view it

Come out of your closet!  The world needs more love!

The BFI press launch presented the 24th BFI London Lesbian & Gay Film Festival, set to take place on 17 - 31 March 2010 with the world premiere of The Secret Diaries of Miss Anne Lister at the Odeon West End.

The Closing Night Gala screening on 31 Mar is Children of God, Kareem J Mortimer's gorgeously photographed first feature, which tells the classic tale of love, unfolding against a backdrop of violent homophobia and social unease in the Bahamas.

The first of the Centrepiece screenings is I Killed My Mother. Written, produced, directed by and starring 20-year-old Xavier Dolan, this witty and articulate film cleverly exposes the vulnerabilities and self-doubts of being a teenager.

Queer Fruits Film Festival has been established to provide a vital regional screen culture event to enable the GLBTIQ communities and wider community to participate in the celebration and innnovation of international queer filmmaking culture.

Queer Fruits Film Festival pays homage to its community roots in the fabulous and famous Tropical Fruits Inc. one of the longest running grassroots GLBTIQ organisations in Australia, established in 1988. A queer film program had been successfully screened for two years in 2006/2007 Co-ordinated by Duncan Brown, in conjunction with the annual Tropical Fruits’ New Years’ eve extravanga.

In 2009 the time was felt ripe to further extend the event to an exciting new phase.

* To propose a workshop for the conference please go here: http://tinyurl.com/unitefightworkshops

(New York City, February 5, 2010) – TransJustice of the Audre Lorde Project, Housing Works, Queers for Economic Justice, and the Sylvia Rivera Law Project will announce a victory for their Welfare Justice Campaign at a press conference on February 10, 2010 at 10AM at the Housing Works Bookstore, 126 Crosby Street (between Prince St. and East Houston), Manhattan, NY. On December 23, 2009 — after five years of organizing by Trans and Gender Non Conforming communities — the New York City Human Resources Administration (HRA) passed a procedure to stop rampant transphobic discrimination and harassment in New York City’s welfare system.  Speakers include Jane Corbett, Executive Deputy Commissioner of HRA and members of the Welfare Justice Campaign.

Transgender and Gender Non Conforming people face extreme, abusive, unjust discrimination when trying to access government benefits in New York City. Some transgender people are denied the ability to even apply for benefits and told to come back when they “dress more like a girl, or boy.” Since 2005, Trans and Gender Non-Conforming (TGNC) communities in New York City have been fighting back by urging HRA to address the widespread Transphobia, discrimination, and harassment that Trans and Gender Non-Conforming people in New York City face when accessing public assistance.  In 2005 HRA and a Citizen Advisory Transgender Sub Committee developed Best Practice Protocols for Serving Trans and Gender Non Conforming Clients (the new procedure is based on this document). Unfortunately, these protocols sat on the shelf for years and were never implemented nor adopted by HRA.

This book was conceived in response to the 2008 celebration of the sixtieth anniversary of the Universal Declaration of Human Rights. Despite this Declaration, which was adopted in 1948, sexual minorities around the world are routinely subjected to flagrant human rights violations (particularly by governments) that range from subtle discrimination to imprisonment, torture, the death penalty and murder.  There are still countries where gays and lesbians are not considered human and human rights are not, therefore, considered applicable. Read the full introduction.

The book Urgency Required focuses on urgent issues of gay and lesbian liberation, taking a historical perspective and reflecting worldwide geographic diversity.  Employing the term ‘LGBT-persons’, the acronym used for Lesbian, Gay, Bisexual and Transgender, it explores concepts and strategies for taking steps towards decriminalization and equal rights and treatment regarding sexual orientation and gender identity.

In 2009 homophobia appears to be the last accepted prejudice, where racism is rejected, anti-Semitism is condemned, and the oppression of women has lost its legitimacy.

From subtle discrimination to imprisonment, torture, the death penalty and murder: human rights violations against sexual minorities are carried out on a daily basis around the world, not least by governments, in breach of the Universal Declaration of Human Rights, promulgated since 1948.  In some eighty countries, gays and lesbians are still regarded as criminals, sometimes awaiting life imprisonment or the death penalty. Not even recognized as human beings, they can be denied rights covered by the whole range of human rights legislation.