Reading Between The Lines

Submitted by Christina Engela on 30 November, 2010 - 01:38
in
Apparently South Africa has gained a non-permanent seat on the UN Security Council - for the second time. I can only imagine the kind of mayhem they could wreak if they ever got a permanent seat. As a South African of mixed sexual orientation and gender identity, it makes me shudder. No, really. I love my home, and I love my country - but lately I cannot help but to be ashamed of it.
In the past 20 years I have seen this country rise from the depths of racist, heterosexist and theocratic abuse of power, to become an inspiring young democracy - only to become once again mired by the same flaws and failings which characterized the Apartheid state, only in slightly different shades of neo-fascist red and totalitarian purple.
According to an article in the latest Pink Tongue, SA International Relations and Co-operation Minister Maite Nkoana-Mashabane says that "SA will be too busy dealing with African issues on the UN Security Council next year to worry about who goes to bed with who" - this when asked whether SA would use its non-permanent seat on the Security Council to address gay rights and other human rights issues.
This flippant and insensitive response demonstrates at best a cavalier approach to very real and very serious human rights issues faced by our community in Africa. Delegates concerning themselves with saving Pink lives and working to cancel out prejudice and oppression is a) reduced to a matter of bed-partners, b) not an African issue, and c) obviously not important, duh what are you thinking? At worst it demonstrates a callous disregard for the plight of human rights of gay, bisexual, intersex and transgender people on the continent - a continent on which South Africa is a major role-player and economic power.
All of this, coupled with the appalling record South Africa has in terms of sabotaging or ignoring human rights issues over the past few years, proves to me that our government is hostile to the Pink Community - no matter what the Constitution says.

South Africa's government has once again shamed our nation before the free world by adding its vote to the voices of member nations of the UN who are oppressors of the human rights of the global Pink Community, in order to deny UN protection of the human rights of GLBTI individuals from hate crime specifically directed at LGBTI people.

In many countries around the world the Pink Community faces persecution and death at the hands of people who commit violent acts against us out of hatred simply for what and who we are. Examples of this slow genocide of our people are provided by countries such as Iran, Jamaica and Uganda, to say nothing of the countries where just being LGB or T is illegal and carries a stiff jail penalty for having theses immutable characteristics. Uganda wishes to include the death penalty for being LGBT, while Iran's government has been murdering LGBT people for decades, or forcing them to have gender reassignment as an alternative. Jamaica is known as the most homophobic place on Earth, with regular reports of lynchings of people suspected of being gay. Despite this, many countries (and South Africa) are still openly trading with these countries - and no punitive action is being taken against them, either by individual states, or the UN.

This week, the United Nations voted on a resolution calling on countries to protect the lives of all people and to investigate extra-judicial, summary or arbitrary executions that are motivated by prejudice and discrimination. The motion was altered, as a result of this vote, to remove the term "sexual orientation" from the list of factors identifying the victims of such acts, meaning that murder and persecution of people on the basis of sexual orientation will not be included within its scope. South Africa was reportedly one of the countries which voted against the inclusion of our community in this effort, along with 79 others. 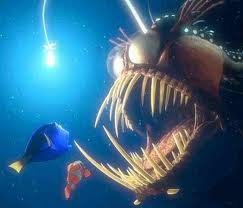 These days I find myself referring to the little blue fish in that adorable movie "Finding Nemo", the one that kept on saying "just keep swimming". And no matter what, no matter how bad things got in the movie, that was her philosophy, and she stuck to it - "just keep swimming". I can't help but draw comparisons between circumstances and the wisdom and stoicism of that little fish - or the writer for that matter. No matter what happens next, no matter how much people surprise - or shock, or disappoint me.
Since when did we Pink folks in South Africa start looking down on and judging other people by their inborn characteristics? When did we decide we were too good to socialize with or compete with others? Where did this smarmy superior attitude and this mentality of "if we can't win, then it must be rigged" come from? When did we decide that gay people are equal to straight people, but some gay people are more equal than others?
It's not just a Pink thing or a gay thing, it seems - but a South African thing. We see it every time the Boks, Proteas or Bafana lose on the playing field, even if it was a fantastic match like last Saturday's rugby battle - with just one point difference in the score. "Ah, they're rubbish!" The "die-hard" SA fans say in disgust, as they take off their team paraphernalia and pretend they were out drinking with their mates instead of watching the game. I can see the same tendency with politics and the folks leaving the country because "their team lost" or "doesn't stand a chance".
I think I've discovered the answer to the problem.... us. The problem is us activists. We're too far ahead of society in SA - many foreigners tell me SA is 20 years behind in terms of societal mindset. It's all our fault for trying to accelerate a process of unity between two groups that never used to socialize before - let alone want to share a stage or a dance floor. I think as activists, we're more-or-less on a mental and social par with US activists, while most of our own community is still stuck on issues of race, having just recently struggled over the language divide between English and Afrikaans... And the human rights activists...we're the thinkers and the do-ers, and we're being ham-strung by having to carry - no, drag - much of our community along behind us at our pace instead of at the slow, plodding pace of their retro-grade thinking. 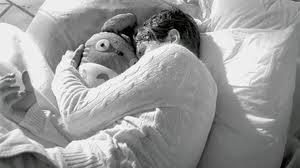 I think everyone should experience what its like to lose their rights, even just for an hour or two, so they know how it hurts when you think how it might be to go through life being made to feel like a second-class citizen - a pariah, based solely on something you ARE, something you can't change or help being - something those in power see as wrong or undesirable, particularly for no good reason other than they feel like it, or their old favorite excuse - "cos we say so".
I imagine it would do people like Errol Naidoo, the South African Deputy Minister of Home Affairs (Gigaba), The Minister of Arts and Culture (Lulu Xingwana), Pastor "God-Squad" Ray McCauley and Ugandan President Yoweri Museveni (to say nothing of our own Kiddie Amin) a world of good. Dr. James Dobson too - even though he has been put out to pasture recently, he has left a legacy of hatred and prejudice (and a trail of misguided parents a mile wide) that can be called his hallmark - the so-called "Culture War" we still feel the effects of today.
Of course, some of these personalities would argue that they have already been dispossessed and hard done by, and know the pain of prejudice and injustice and unfair discrimination quite intimately. Despite this, they still persist in punishing and judging others for their own inborn and immutable characteristics (especially innocents who weren't even around to have done them any harm) for things long past and supposedly behind us as a society. Clearly they learned little from those horrid experiences.
Perhaps, rather than trying to pass new laws to gag the free press in South Africa and wasting tax-payers money on big ruling-party rallies, our government should think about instituting mandatory classes in what it's like to be a persecuted minority for politicians, law makers and government ministers instead.

A World Without Fear 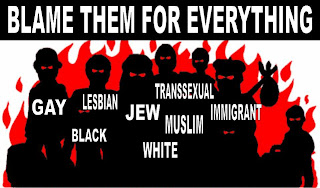 Xenophobia?
What's that?
Recently there were some widely publicized outbreaks of violence in South Africa which were directed at foreigners living in the country, particularly illegal immigrants from Zimbabwe, Nigeria and Somalia. The term xenophobia was applied to these acts of violence, and many have taken it to mean only this sort of attack on foreign nationals living among the local population - attacks fueled by differences of nationality only. Sorry to burst this little nationalistic bubble - but that's not all there is to xenophobia.
Some very biased and obviously prejudiced people who represent South Africa at the UN and also in other offices of government have recently asserted that racism and xenophobia are far more "important" issues to address than homophobia. Comparing homophobia to racism, they say, is an insult to the victims of racism. Hmm. This appears to be one group having been marginalized and persecuted, recently liberated, and now looking for somebody else to be "better" than and to explore its new-found "superiority" over.
Are you hated? Are you marginalized or persecuted for something which you cannot help being, or for something that is as natural to you as breathing? Congratulations - that makes you another equal victim of xenophobia!