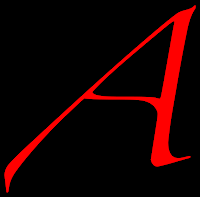 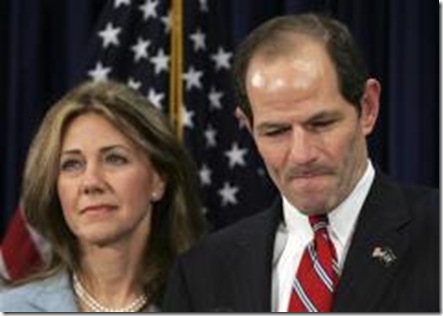 Eliot Spitzer became one of New York State’s most popular governors by introducing bold immigration policy, supporting same sex marriage, and his tough stance against prostitution rings.  We all know what happened next.  Eliot resigned from office amidst an embarrassing scandal, one which featured Spitzer as [high] paying member of a well-established prostitution ring (the exact type millions of state money had gone to stop).  His mistress/call girl/slut (chose a degrading term, they’ve all been used, I assure you) was a young woman barely older than Spitzer’s own teenage daughters and the details of their illicit affair dominated tabloid headlines for weeks.  Even Wall Street was affected, as Eliot’s association with almost all of Wall Street’s highest rollers, seemingly indicted the entire industry.  Quickly and quietly Eliot disappeared from the public eye in disgrace and self-pity, a martyr for all married men.  As the media frenzy dismissed Spitzer as quickly as he dismissed himself from the Governorship, the story of sin, power, adultery and sex was as hot as ever.  With Eliot at home, the spotlight shone brightly upon the primary guilty party: Hester Ashley Dupre.

Dupre sold her body for money.  A young, troubled woman from Florida and meager means, but possessing of immense physical beauty, she survived the best way she believed she could.  A mistake, she said to Barbara Walters.  She has regrets, she said, but realizes that the lessons she has learned through the public scandal have taught her valuable lessons she’s not sure she would have learned otherwise.  “ I’ve made terrible mistakes, but I am deep down a good person, I have a good heart”.  There she sat across from one of American culture’s most intelligent and respectable women in Barbara Walters, pleading tearfully for forgiveness, attempting to make amends to a society that has condemned her for life as a sinner.  She may as well have been wearing a large, scarlet, “A” as she will forever be deemed “Spitzer’s other woman”.  In this description, she is the property of the man, the temptress responsible for his character’s demise, and a worthless prostitute.  Eve picked the apple and although Adam took a bite, Eve gave it to him.

As the scandal wound down and the public’s attention turned to something else sensational, Spitzer obtained the position of columnist in the popular Slate online magazine, to little opposition.  His critics seemed able to accept that Eliot must be able to support his family, must be able to earn a living.  It was generally accepted that this non-descript, weekly column, was a fair occupation for the disgraced former Governor.  No one quite knew what became of Ashley, who promised she was done selling sex.  At least until this week, she has remained out of the glare of the media damning lights.

Now, she is writing a column for the New York Post and the response has been all too typical.  The woman doesn’t deserve to get a national column and is in no position to advise anyone on relationships, sex or love.  To that I contend Eliot, Mr. questionable-campaign-contributions, is in no position to advise anyone on economic principles and money.  In this instance, years later, it is still apparent society hasn’t moved on from the themes of Hawthorne’s novel, from the puritanical notions of morality and goodness, or from the media’s sensationalizing of respectable actions.  She has been branded with a scarlet letter, no doubt for the rest of existence.  Whether you agree with the New York Post’s decision to hire Dupre or not, to blame her is missing the point entirely, as her right to earn a living is no less than that of Spitzer.  For this is bigger than Eliot’s marital indiscretions and Ashley’s damning sins.  Just as Hester and Dimmesdale were treated differently, so to have Eliot and Ashley, which should give anyone reason to be concerned.