Extensive study confirms spectrum of gender variance and debunks theories that try to sort transgender and transsexual men and women into distinct categories. 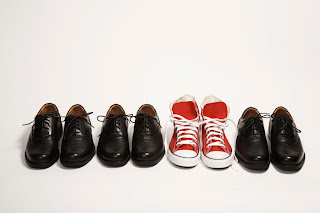 Jaimie Veale is a New Zealand scientist who has spent quite some time on understanding transgender and transsexual conditions, including what I call crossdreamers.

I 2011 she published her doctoral thesis on gender variant identities, a follow up on earlier work that had also discussed Ray Blanchard's autogynephilia theory about birth assigned males who get aroused by the idea of having a woman's body.

Her own research supported a model with a wide diversity of gender identity and gender expressions, all with some kind of common core.

Her doctoral thesis efficiently debunks the whole model of Blanchard's. She finds none of the patterns he has projected upon the transgender populations. The sexual orientation of transsexual women (or transgender male bodied persons in general) cannot be used to sort them into two distinct groups with different origins.

Her study is based on a a survey of  of 2277 respondent, gender variant and gender typical, recruited via the internet. This makes it, to my knowledge, the largest survey of this kind, and the fact that she has included non-transsexual transgender persons as well, makes it much more reliable as a source of knowledge about crossdreamers.

By the way, the survey covers both female bodied and male bodied respondents.

I believe Veale deserves our full attention, so I have made an in depth review of this research over at my own blog..

The following abstract i based on Veale's own summary:

Finger-length ratio, tendency towards systematizing, and a systematic review of case-reports of gender identity outcomes for adults with intersex and related conditions, all indicates prenatal hormone determinants of gender identities, according to Veale.

That is: Gender variance,  transsexual or non-transsexual, is at least partly grounded in some kind of biological variance. This variance is caused by the hormones the fetus was exposed to while in the womb.

There is a relationship between having experienced abuse when young and the degree of adult gender-variance.

It is unclear whether this abuse experience is a cause or an effect of gender identity development, though.

Contrary to other researchers, Veale finds no differences in biological and psycho-social factors between birth-assigned male participants of different sexual orientations. In other words: Blanchard is wrong when he says that "autogynephilic"  trans women are completely different from ""homosexual transsexuals" (i.e. man-loving trans women).

The study shows that the biological and psychosocial factors are the same for transsexuals as for persons with other gender-variant identities. This means that the difference between transseuxals and other transgender persons is a matter of degree, not a matter of completely different causes.

"Overall, these findings add support for a biological predisposition for gender-variant and gender-typical identities. Learning and social environment factors are likely to be complex and work in interaction with biological factors."

The study points a way out of the autogynephilia trap

Those who have followed the discussion on autogynephilia, will know that Veale's conclusion is more or less the same as the one I have been presenting as the most viable explanation for crossdreaming and other transgender conditions.

Although there is a lot of variation among transgender people -- or "gender variants" as Veale calls us -- it is impossible to draw an absolute and clear line between these different variants.

This does not mean that a male to female crossdreamer who engage in gender bender fantasies to spice up his sex life is exactly the same as a gender dysphoric transsexual woman who knows in her heart and bones that her male body is not her own. The first is most likely a man at heart, the other definitely a woman (and yes, there are also people who fall between the gender normative chairs).

Veale shows us, however, that they have something in common, also as regards what causes their gender challenging dreams and desires.

Read more about this study in this blog post!

See also the paper "Biological and psychosocial correlates of adult gender-variant identities: A review", by Jaimie F. Veale, David E. Clarke and Terri C. Lomax, from Personality and Personal Differences 48 (2010) 357-366, which presents high lights from the study. It can be read in the Crossdream Life library.

Jaimie F. Veale: Biological and Psychosocial Correlates of Gender Variant and Gender-typical Identities, a thesis presented in fulfilment of the requirments for the degree of Doctor of Philosophy in Psychology at Massey University, Albany, New Zealand, 2011.

Other publications by Veale.