On crossdreaming or crossdressing as a fetish 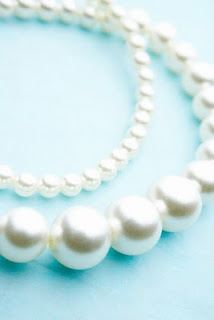 Is crossdreaming/crossdressing  a fetish? And is that why so many would rather not be associated with the term?

Autogynephilia (AGP) means to love oneself as a woman, and the researcher that coined the term, Ray Blanchard, argued that autogynephiliacs had internalized their external love object, so instead of loving a flesh and blood woman out there, they love the idea of themselves as a woman. He called it a paraphilia.
In the online debate about autogynephilia (or crossdreaming, which is the term I prefer) the most common used term for the condition is, however, that it is a fetish.
It was Blanchard's mentor Kurt Freund that called this condition for "cross-gender fetishism".
WHO on fetishistic transvestites
In modern medicine, crossdreaming is often classified as a fetishism. The World Health Organisation manual ICD-10, fives the following definition of crossdressing as a "disorder of sexual preference":

"Fetishistic transvestism: The wearing of clothes of the opposite sex principally to obtain sexual excitement and to create the appearance of a person of the opposite sex. Fetishistic transvestism is distinguished from transsexual transvestism by its clear association with sexual arousal and the strong desire to remove the clothing once orgasm occurs and sexual arousal declines. It can occur as an earlier phase in the development of transsexualism." (F65.1)

Under the category "gender identity orders" there is another type of crossdressers, unsullied by impure desires (F64.1):
"Dual-role transvestism: The wearing of clothes of the opposite sex for part of the individual's existence in order to enjoy the temporary experience of membership of the opposite sex, but without any desire for a more permanent sex change or associated surgical reassignment, and without sexual excitement accompanying the cross-dressing. Gender identity disorder of adolescence or adulthood, nontranssexual type. Excludes: fetishistic transvestism ( F65.1 ) "
This is an attempt to make sense of the group of crossdressers who do not report sexual arousal, but who nevertheless do not want to transition.
You can see that the authors have had a hard time distinguishing between crossdressers who crossdress for sexual purposes and the rest. To be honest with you: I think this distinction is completely bogus.
In this classification the experts uses sexual desire as the most important factor for defining the two groups. This could make sense in a time when sexuality was considered impure and of the Devil. These days sexuality is considered a natural and good part of human existence. Heck, even fetishes are now normally considered an acceptable variation of human sexuality.
To argue that crossdressers who get aroused by crossdressing are fundamentally different from those that do not, must imply that "the fetishistic transvestites" (the crossdreamers) do not share the dreams of the asexual "dual-role transvestites ", i.e. the dream of temporary or permanently being members of the opposite sex. From what I see, many -- if not most of them -- do.

This becomes even more paradoxical when it argues that fetishistic transvestitism can be an earlier phase of transsexualism: "Transsexualism: A desire to live and be accepted as a member of the opposite sex, usually accompanied by a sense of discomfort with, or inappropriateness of, one's anatomic sex, and a wish to have surgery and hormonal treatment to make one's body as congruent as possible with one's preferred sex."

Blanchard does not consider autogynephilia/crossdreaming a fetish, because for some autogynephiliacs there is no external object to get aroused by. There are no feminine garments that turn them on!