The Justice Alliance of South Africa (JASA) was established in 2007. The name suggests that it’s a group of legal professionals but in reality this is not the case. This is a fundamentalist right wing religious group that has taken it upon themselves to be the “moral police” of the nation. They are trying to influence government to ban pornography and play God with the rights and lives of the South African people. If this sounds familiar you are not mistaken. Last year a similar situation occurred in Uganda with their proposed Anti-Homosexuality Bill, in Rwanda where they almost brought back anti-homosexuality laws, in Malawi with the sentencing of the gay couple and the violence against homosexuals and aid workers in Kenya. A golden threat is spun through all these events and it’s that of fundamentalist “Christian” groups meddling with these African governments and inciting intolerance and homophobia. First they test the water taking one civil liberty away in the name of morality and once they succeed they go for the jugular. 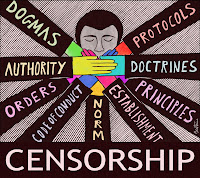 After I got wind of this JASA and their evil little plot I joined several queers in South Africa in taking action. Numerous e-mails were sent to the appropriate government department intimately involved in this pending malicious attack against our civil liberties. They responded very disrespectfully stating that clearly our value systems differ significantly from theirs and that we should just acknowledge our different views in this regard and leave it at that. In essence they told us “Go fuck yourselves we will do what we want and there’s nothing you can do about it”. Falling short of adding “Turn or Burn and God made Adam and Eve and not Adam and Steve” to their post scriptum, I am quite sure they fully realized where we were going with our e-mails and are aware that we are seeing through their diabolical smoke screen campaign. 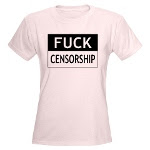 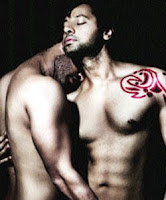 It’s said that pornography constitutes about 70% of the traffic on the Internet. Whether you care to admit it or not many people visit the odd naughty website from time-to-time. Personally the majority of my online time is spent on social networking websites and I do consider myself a professional Facebooker, a lazy Tweeter and an avid blogger. But yes, I too do visit a few “you must be 18 years or older” blogs and websites that would, in all probability, make you blush. To be perfectly honest, if all those sites were to disappear tomorrow I will not go into a frantic panic and end up crying myself to sleep smearing my mascara all over my crisp white sheets. No, I won’t pitch up for work the next day eyes swollen and distraught going through porn withdrawals. However, I would be pissed off as I like the fact that I can watch porn if I wish to do so. If it is banned, I am sure queer folk and straight folk would want to view pornography even more just because they are not allowed and new inventive ways will be found to access it or smuggle it into the country. I am imagining cavity searches becoming a whole lot more interesting and the black market a whole lot more lucrative. 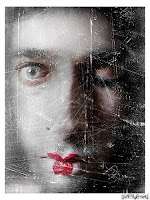 In reality pornography is not the actual issue that motivates the JASA, I suspect their true motive being a whole lot more sinister. Not being one to encourage or perpetuate conspiracy theories one can’t help but wonder and be suspicious off events in Africa over the last three years. State sponsored homophobia is spreading like a wild fire, while in almost all instances the fire was ignited and fanned by religious groups advocating morality, influencing governments and targeting the gay community. Now that fire has reached us. Should gay South Africans be worried?

From over here in the United States, I've been watching this wave with horror. I know we're involved, and I'm sorry. If you can think of something we can do let me know.