Who would have thought that in this day and age real life witch hunts could still occur? Living in a country where homosexuality is legal and gay marriage has been made possible, I sometimes forget how fortunate I am, and sometimes I can be oblivious to the suffering of others. But every now-and-again I am reminded of how much hate still exists and that discrimination is still rampant. This led me to ask, do we as a world society really care enough about what happens outside the boarders of our own comfort zone to get off our lazy behinds to do something about it? 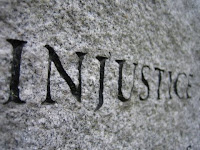 Sitting at home last night minding my own business desperately trying to clear my overflowing e-mail inbox I came across an e-mail from one of my Ugandan readers. In this e-mail I was told about a new Anti-Homosexuality bill that the Ugandan government proposes to pass in their parliament. My first reaction was to press delete, as I was just too tired to be bothered with the problems of this small African country. I tried to rationalize my initial disinterest by thinking “How is this my problem? I am only one person and even though I have empathy for my reader’s plight, what could I do about it?” 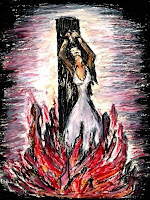 Against my selfish first instinct I decided not to delete the e-mail and proceeded to read it. I was horrified to discover that this Anti-Homosexuality bill would not only criminalize homosexuality but also the promotion thereof and whether any Ugandan who’s gay or supports or promotes homosexuality or gay rights, no matter where they are in the world, could be prosecuted. Furthermore, any person in authority who fails to report known violations of the law within 24 hours will also be subject to a significant fine and up to 3 years in prison - even when this means turning in their colleagues, family, or friends! This sickened me! This seemed quite similar to the witch hunts that occurred in the period of 1480 to 1700! 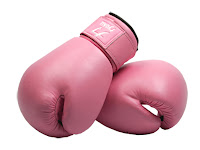 Being the little menacing faggot I am I decided not to let this go - something needed to be done about this pending injustice! Being all worked up and ready to put on my pink boxing cloves the little activist in me was sorely disappointed when I realized this was 9pm on a Friday night and no gay rights groups would pick up their office phones if I called. Even though we queers are well organized we do not have a 24 hour emergency call centre and I was not about to burden my already high phone bill by making international calls. Now being “all dressed up” but nowhere to go, so to speak, I had to think of a Plan B.

Like a lightning bolt it struck me, why not use the power of the internet. Surely I could get the message out by utilizing the numerous social networking pages I labor over and have been nurturing for so many years. Surely some of my friends and contacts will be as enraged by the Ugandan governments’ asinine new proposed bill. So I leaped into cyber action sending out messages to as many people as I could, spreading to word into cyberspace hoping it would fall on interested and willing ears.

Having put the message out there and trusting that the gay community will react in force I waited and waited for any inkling of queer life in the form of a response. Hours passed and nothing, not even a “Please stop harassing me with stupid action alerts while I am trying to have cyber sex on Facebook!” My plan B seemed to have failed and I was frustrated. As I shutdown my computer shortly after 11pm, I could not help but wonder if my Ugandan friend and reader would now unsubscribe from my blog and I felt like I let him down. 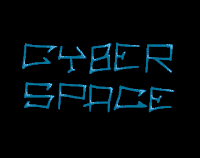 Waking up this morning, feeling like I failed I decided to peruse some of my social networking pages. To my delight I had several messages from concerned and angered friends wanting to know how they could help. There was queer life out there in cyberspace and they cared! A few didn’t even know that Uganda existed, some even thinking it was a state in the United States they haven’t heard off, but never the less they cared enough to do something! So we started an e-mail campaign writing to the Ugandan government and our own governments demanding action and having this perilous Anti-Homosexuality bill stopped.

Having had a good response my faith in us as a world society has been restored. We are not all selfish and self-centered creatures who only cares about how gorgeous our boyfriends and girlfriends are, whether our local gay club will up their entrance fees and if we will need to up our Botox treatments from every 6 months to 3. When the rights of our gay brothers and sisters are threatened some of us are willing to get off our lazy behinds and enthusiastically put in an effort to protect them. My only wish is that more people will do the same.

This crap going on in Uganda is appalling on so many levels that I don't know where to begin.  So, I'll start with screaming, pulling my hair out and telling these homophobic brutes that killing people for being gay is FUCKING BARBARIC and will doom your piece of shit government to the toilet bowl of history.

Please support this cause, the relevant link is on my blog.  Don't allow this injustice and help fight for those whose voices have been silenced by fear.

I agree it is barberic, at least a number of gay right's groups have sprung into action over the weekend and we hope that the South African government will be forced into some kind of condemnation of this new proposed Ugandan Bill.