In all my gay years I have often been asked many questions by well meaning heterosexuals, questions that often times starts with the phrase “Can I ask you something personal?” The questions that follow usually would be about my queerness, our gay old lifestyle and homosexual intercourse. And I have always answered these questions, frankly and in great descriptive detail, sometimes to the regret of the questioner. So now I thought it appropriate to flip the tables and ask a few questions of my own about heterosexuality that I have been burning to ask for years. So here goes…

I have always wondered whether straight folk where born that way or whether heterosexuality is actually a lifestyle choice. You see I have been pondering on this for years, because why on earth would any person choose to be straight. Straight folk never have any fun. They never have any colorful parades, they only dress up once a year for Halloween, very few have any fashion sense and then there’s the small little horror of accidentally falling pregnant – something that never happens with homosexuals! Straight folk’s lives are also predictable and scripted. They are expected to achieve certain milestones at certain times in their lives – get married, get pregnant, raise the kids, get them out of the house at 21 and nag the next generation to procreate in order to reach the final milestone of becoming grandparents. Gay folk don’t have these pressures, we can meander through a full life without being expected to do any of these things - we do some of it because we choose to.
And then there is the sex. I don’t understand heterosexual intercourse and I find it puzzling. Firstly the equipment that’s to be utilized for pleasure differs vastly in mechanic, design and general function. At least with homosexuals we have an innate understanding and intimate knowledge of our sex partner’s erogenous areas, the only thing that differs is the model size, religious cosmetic alterations and grooming. Queers don’t necessarily have to learn how to swim in the sea of pleasure, we can jump right in, have a splash and both can make it to shore satisfied. With heterosexuals I suspect this maybe slightly different and some experience is required before they get their sea legs. This being said, heterosexual sex must be terrifying and possibly dangerous!
Imagining experiencing heterosexual intercourse could easily make a homosexual lightheaded. Having seen the female anatomy in all its glory a few times in my life, for which there will follow no explanation or elaboration, I just can’t figure out why straight guys enjoy it. The vigina must be the strangest organ in all creation. It’s a curious little fleshy miniature canyon with understated accessories sometimes hidden by a forest and other times just plain bare. Then there are the breasts for which I fail to see the purpose off during intercourse, it seems like they would just get in the way and could potentially be hazardous. Depending whether they are coconuts or tennis balls they do have the potential to cause a concussion or lead to suffocation. 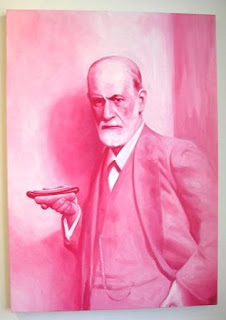 The actual act of heterosexual intercourse I think we can all figure out on our own. The train goes into the tunnel and then comes again, as Freud would say. But, I have heard some straight guys boast, when trying to make straight sex seem better than gay sex, by stating that they have a choice of three orifices to choose from, whereas gay men only have two. Well honestly, I do really just care about the two! Besides I always tend to respond by asking the said heterosexual guy’s girlfriend whether she has taken it up the ass before and if not I am always willing to give her some pointers.
But then having sex with straight men could be daunting too. For woman having to deal with a penis and testicles could pose their own challenges as not all men are created equal and not all men tend to their gardens. Being faced with an erect penis and not knowing how it works could easily lead to confusion, and when it’s surrounded with a tropical rain forest, moist and uncultivated its appeal factor can easily drop to zero – that expedition is only meant for the truly adventurous. Then there are the differences, some wieners are turtle necks and others are kosher, and some women prefer the one over the other. And when the one eyed monster turns out to be an eager spitting cobra, nasty and salty surprises usually follow. 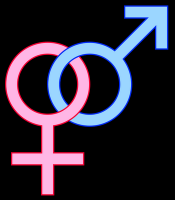 The last thing I have wondered about is, can heterosexuals see and appreciate the beauty of people of their same gender. If a straight guy walks down the street and see another guy who’s attractive, well build and groomed can he say to his mates or girlfriend “Wow” without having his own masculinity threatened. Or can a woman admire another without thinking she has lesbian tendencies. We queer folk can do that all the time, gay guys appreciate good looking women, lesbians can acknowledge a fine male speciment, but that does not mean we want to sleep with them. Can straight folk do the same?
Yes, heterosexuality is a queer phenomenon that’s highly prevalent very public and truly fascinating. I don’t think I will ever understand it and the fact that they flaunt their sexual preference and lifestyle choice in our streets, offices, shopping malls and on television sure isn’t making it easy to ignore them. At least they don’t have a flag yet, but I’m sure that too will happen someday. Even though I don’t understand it, sometimes don’t approve of it, I accept my heterosexual friends, family and colleagues just the way they are – they are people too and the heart doesn’t choose who you love.
Till next time.

nice turning of the tables...

nice turning of the tables...