How the WHO medical manual is used to stigmatize sexual variation 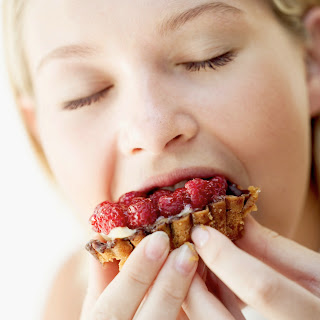 The WHO medical manual says that only crossdreaming crossdressers can become tranwomen, not the ones that do not get aroused by the idea of being a woman. How did sexual arousal become such a sin?

I have spent some time looking at the American DSM manual. The American psychiatric manual say a lot about how some psychiatrist try to draw the line between different types of cross-gender identification.

There is another manual that is just as interesting, namely the WHO ICD manual (International Statistical Classification of Diseases and Related Health Problems,10th Revision,Version for 2007)

Under "Mental and behavioural disorders" there is a category called "Disorders of adult personality and behaviour", where you will find both transsexualism and crossdressing/crossdreaming categorized as mental illnesses.

By crossdreamers I men male and female bodied persons who get aroused by the idea of having the body of the opposite sex.

I am going to draw your attention to the fact that this manual classifies crossdreamers (people who get aroused by the idea of being the other sex) as completely separate from other crossdressers. In this manual the crossdreamers are actually overlapping with the transsexuals!

There are three categories of interest:

What I find so utterlybizarreis the fact that "fetishistic transvestism", which includes -- I surmise -- crossdressing crossdreamers, is categorized as "a fetish", while the other crossdressers are given "a gender identity disorder".

Note that "dual-role transvestism" is defined as the"wearing of clothes of the opposite sex for part of the individual's existence in order to enjoy the temporary experience of membership of the opposite sex, but without any desire for a more permanent sex change or associated surgical reassignment, and without sexual excitement accompanying the cross-dressing."

The dual-role transvestite apparently feels like a woman; the fetishist does not.

How they are able to distinguish between these two types of crossdressers is beyond me.

I am sure there are crossdressers who are never aroused sexually while crossdressing, but why theabsenceof arousal in itself is needed for you to have "a gender identity disorder" is just strange. It is as if sexual feelings are incompatible with feeling like a woman.

Some crossdressers report that the arousal that follows crossdressing disappears as they get older. Does that mean that the underlyingconditionhas changed, and that they have moved from one category to the other? And do you need to be asexual to have a gender idenity disorder?

It gets even more bizarre.

In other words: The "experts", who have done the best to keep the "tainted" perverts away from the "pure" transsexuals and "dual role transvestites", are now opening the door again, by admitting that crossdreamers -- and only crossdreaming crossdressers -- can become transsexuals.

This is so strange, that I will repeat it once more:

The source of all this confusion

I think one explanation for all this confusion is the fact that the psychiatrists who have written these categories are still caught up in a stereotypical view of women. This can be the only explanation for using sexual arousal as the most important dimension for dividing crossdressers into sub-categories.

Crossdressers who focus on dressing up and copying the behavior and mannerisms of women, on the other hand, do suffer from a gender identity disorder, because women do love dressing up, paint their nails and have tea parties (or whatever it is women and crossdressers are supposed to do).

I have know a few women in my life. As an academic I have studied history, psycho-social development and cultural variation, and I can say with 100 percent certainty that women are sexual beings.

(That was actually considered common wisdom in pre-Victorian Europe!)

Then why is sexual arousal removed from our understanding of what it means to be a woman?

I believe we have to look at the way crossdreaming crossdressers are perceived by the doctors. The stories these doctors are told are about men who dress up alone, and who then get aroused by the idea of being a woman and/or having a woman's body.

Many of them also live alone, as it may the only way they can find room for this part of their lives. This, again, means that their only sex life consists of masturbatory fantasies.

"Aha!" the doctor concludes, "this man is a auto-erotic narcissistic fetishist" (read: "a perverted wanker"). "He has nothing in common with real women!"

Some crossdreamers probably also believe this themselves: "Doctor, I am a filthy pervert! Help me!"

So what about real women?

Women also imagine themselves making love to a man while fantasizing. That is a good thing, isn't it?

Could it be that these so-called experts are incapable of putting the life of a crossdreaming crossdresser into its proper social context?

Why do crossdreamers behave as they do?

People like Ray Blanchard focus on 1, and it is the fact that they get aroused by the idea of having a woman's body that makes them autogynephiliacs [men who love themselves as women].

Women love having sex as a woman, but they already have a female body. The idea of having a female body is therefore not as eroticized as in the case of male to female crossdreamers.

That being said, women may perfectly well get turned on by admiring their own looks and their own body (i.e suffer from "autogynephilia"). The reason for this is that being beautiful and attractive is an powerful aphrodisiac in itself. The desire of others is a confirmation of your very being, andimaginingyourself being desired by others can therefore be an enormous turn-on. That is one of many factors leading women to spend so much money on clothes, make-up and cosmetic surgery.

It should therefore come as no surprise that male to female crossdreamers may get aroused, not only by the idea of having sex, but also by the idea of being sexy. If you are alienated from you male body, the other healthy alternative -- a pride in your own male body -- is not an alternative.

So why are crossdressers doing this alone?

Crossdreaming crossdressers are considered "autoerotic" or "autogynephiliacs" (i.e. people who make love to themselves) or even "narcissistic" because they often explore these fantasies by themselves.

Isn't that to be expected?

The way their sexuality is stigmatized and pathologized it should come as no surprise to these researchers that the crossdreamers do not always share them with their partner, if they have one. The risk of losing that partner is high, because this is a condition that is so poorly understood.

The fact that at least some of these men seem to be wired for sex as a woman, must also make it harder for them to establish functioning relationships with heterosexual women wired for the same type of sexual behavior. So why does their loneliness make them autoerotic narcissists?

The logic breaks down

That is a question I find very hard to answer.

There are, as far as I can see, three possible explanations for this.

The first is that they deceive themselves, in the sense that their arousal is sublimated into a ritual of dress and manners. If they have been told that women are asexual beings, and they are alienated from their own penis, it is possible to be aroused without the telltale sign of an erection. In fact, there are male to female crossdreamers who are proud of the fact that they no longer get an erection, as they fel that this makes them more like women. They are still turned on, though. Maybe some crossdressers are not consciously aware of this kind of excitement.

The third is that they only get excited as a man with a woman. I guess anything is possible, but I must admit I find this very unlikely.

I guess the experts behind the manual would argue that I am missing the point. You see, the document adds the following to the definition of the fetishists:

The point is, I believe, that this proves that this sense of being a woman is sexual, and sexual only. If they had been truly feminine, they would have kept their female clothes on, also after orgasm.

I am not a crossdressers, so there are limits to what I can add here, but from a purely practical point of view, keeping your dress on after orgam seems ...eh... sticky...

However, as a non-crossdressing crossdreamer I recognize the pattern of fantasy and arousal, followed by orgasm and some kind of exhaustion. That is actually quite common in most male bodied persons, and make no mistake about it: crossdreamers and crossdressers may feel like a woman, but their bodies are male. In my case, however, the longing after being a woman does not subside, even if the sexual arousal does. It is there, always! I suspect this is the case among many crossdressers as well.

If arousal associated with crossdressing is an expression of a suppressed female self, you should expect the gender dysphoria to subside somewhat after orgasm, as this orgasm will be an outlet for the sub-conscious feminine self. That would not mean that the sub-conscious feminine self disappeared after orgasm, no more than a regular guy stops being a regular guy after sex.
In other words: Removing feminine attire after orgasm is not in itself proof of this being a different condition than "dual-role transvestism".
From what I know of regular XX women, they also feel a need to get out of their feminine attire before going to sleep. Or maybe they just want to put on their pyjamas and crawl up in the sofa with a bucket ofice-creamand a chick flick. I would love to do that!

The role of fetishes

It is the logic behind documents like these that makes me so reluctant to use the world fetish in connection with crossdreaming. For more than 100 years it has been used to label people as mentally ill perverts.

That does not mean that I do not see the value of a discussion of crossdreamers expressing fetishistic traits. As Freud argued in Three Essays on the Theory of Sexuality all human sexuality has fetishistic aspects. In this respect crossdreamers are no different than other ordinary Joes and Janes (whoever they are).

But if we are to do that we have to take the word "fetish" back from the conservative psychiatrists and turn it into something positive. I am not sure if that is feasible, but we can always try.

See also On crossdreaming and autogynephilia as a fetish
The Finns remove crossdressing from their medical manual
Proposal to the ICD-11 Revision of Chapter V, Mental and Behavioural Disorders, F65 and F64.