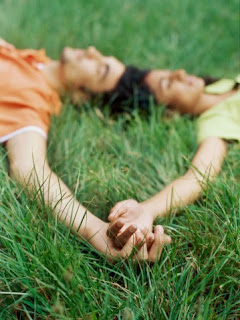 Today's launch of a new dicussion forum for transgender crossdreamers is a sign of growing  confidence among men and women who fantasize about being the opposite sex.

There is something that never ceases to amaze me: the fact that transgender people often cause each other as much pain as others cause them.

I have come to the conclusion that all this harassment is caused by a deep felt need to be considered normal: to be accepted as a full blown woman or man, and not something in between.

Transgender people who for some reason are uable to pass in this way, therefore become a threat by assosiation.  "I am not a freak like them!"

Because of this the classic transsexuals fight crossdressers and "effeminate gay men". The androphilic M2F  transkids try to keep the true femininity to themselves, arguing that all other transgender people are autoerotic "autogynephiliacs".

And the American crossdresser movement was for a long time dominated by CD guru Virginia Prince, who argued that most transsexuals were either sex driven gay men, sex obsessed heterosexuals or sexually inadequate boys.

Transgender separatism is based on an understandable need for respect and love, but some seem to believe that this longing requires transmen and transwomen to live up to  the gender stereotypes of the day.

The main argument for saying that some male to female transpeople are not "real" feminine women   is that it is sexual urges that drives them towards transitioning.

Our common puritan heritage makes it impossible for  many to accept that sexual fantasies may  actually  be a symptom of gender incongruence, instead of its cause.

A deepfelt need to care for children, wear a ball gown, fight for peace or gossip with the girls is taken as true signs of womanhood. Dreaming about having sex as a woman is proof of you being a man at heart.

This fear of sex has pushed one group of transgender people far into the closet: the crossdreamers (also refered to as "autogynephiliacs" and "autoandrophiliacs").

But something is happening. During the last couple of years, crossdreamers have become more vocal. We have seen the birth of several new crossdreamer or autogynephilia blogs.

The female to male crossdreamers, who were close to invisble, are also developing an identity.

This movement (if we can call it that) is still very young, but it has already had some positive effect.

It has become harder to reduce crossdreamers to archetypal perverts. By making their dreams, their struggle and their pain visible, they have become humanized, and it is much harder to attack bleeding human beings than to denounce dehumanized deviants.

The development of a fellowship has also made it easier for the transsexuals among them to come out and say that they are -- in fact -- transsexual.

The fact that researchers like Ray Blanchard has managed to include "autogynephilia" and "autoandrophilia" in the DSM-5 draft remains a huge problem, as it means that the psychiatric manual labels crossdreamers  and crossdressers as paraphiliacs (read: "perverts").

Still, the fact that the inclusion of autogynephilia and autoandrophilia has met so much opposition, also indicates that the rest of the LGBT community is not going to let the issue slide. I realize that this may be caused as much by transsexual resitance towards being associated with crossdreamers as a heart felt sympathy, but the effect is positive, all the same.

The latest step towards demystifying crossdreaming is found in today's lauch of Crossdream Life, a forum for crossdreamers and sympathisers.

The founder, administrator and editor of the site, Jason Ikeda, says:

"We do not expect the participants to agree on one explanation for what crossdreaming is, what it should be or what causes it. One objective of the forum is to provide an open-minded and tolerant place for exploring what crossdreaming is about. But we do expect everyone to treat each other with respect and empathy."

The forum has several sub-sections, devoted to life stories, support, sharing of resources, finding friends, and more.There is also a chat function.