Only pretty women should be murdered in a jealous rage, apparently 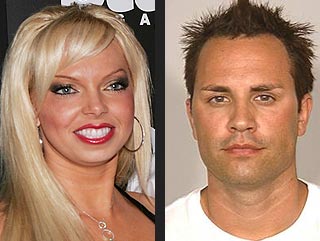 I'm continually astounded by how easily we judge women's bodies, and I'm even more astounded that women judge other women. This is a terrible cycle in which we've all engaged in, at least once in our lives. Women's bodies are continually put on display, mostly for the heterosexual male gaze, but women see these images too. They're everywhere. We've gotten to the point where men don't even need to police women's bodies anymore, because we do it ourselves.

I overheard a conversation earlier today in the break room at work. One woman was reading an article from People about the murder of Jasmine Fiore. What she said caused me to stop reading my book and listen in: "You know, she wasn't even that pretty."

So...only "pretty" women get to be obsessed over, murdered in a jealous rage, dismembered, and discarded in a dumpster? A woman's life was taken, and we're discussing her looks? Why even say she's not that pretty? Is this to imply she wasn't worth the effort of murdering? That Jenkins could have found someone "hotter" to kill?

From there, the conversation turned to how much plastic surgery she's had done, as if this is the issue here. While I cannot say I agree when women decide to take extreme measures in order to conform to some ideal of beauty, I do understand that this can certainly be attributed to the type of culture in which we're drowning. Women's bodies are continually available for visual consumption, and those who do not fit this ideal are viciously criticized and judged. Often, it's overwhelming for women to deal with, and even the worst options are considered and taken.

So part of me empathizes with women who decide to have plastic surgery. But how is this relevant in the wake of Fiore's murder? The woman was dismembered, and only identified by the serial numbers on her breast implants.

And it's not about a woman's looks: it's about a man's disillusioned sense of entitlement to control a woman, and when he realized he had no control, he killed her.

This illustrates how callously we view the death of a woman. A life has been taken, and all we can discuss is her looks? This is utterly disrespectful, judgmental, and diminishing, and further exemplifies how a woman's only as valuable as she is beautiful.

And the media frames this as a crime of passion, which is utter bullshit since it's just another form of victim-blaming ("well, he only killed her because he was jealous she was texting an ex").

It should be noted that after this conversation, another woman noted that if she "were Jon [of Jon and Kate] I would have punched her by now."

To say I'm anything but deeply disturbed that violence against women is so acceptable in our society that we can make light of it, and even rationalize it ("that bitch is asking for it") is an understatement.