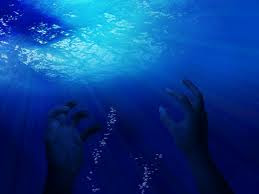 Yesterday the news broke on Twitter and Facebook that the DA (Democratic Alliance), the official Opposition party in Parliament, was to make a motion to congratulate Mr Gay SA and the organizers on this fine achievement. It was alleged that Upon hearing of this motion, the ACDP (African Christian Democratic Party) immediately declared that it would oppose this motion.
Many folks, myself included, felt that the ACDP stood a snowball's chance in hell of blocking this motion with its puny three seats in over 400 in Parliament, but it seems we were in for a surprise.
The DA filed the motion - and as promised, the ACDP voted against the motion with all three its little votes - joined by the Freedom Front Plus, an equally tiny right wing, racist and homophobic Afrikaner party which probably doesn't appreciate fully the extreme irony in it's name. Apparently, according to some obscure little regulation in Parliamentary procedure somewhere, only 7 votes are required to block such a motion - which is exactly what happened.
Now I have written exhaustively about the ACDP and the FF+ over the last few years, and I don't really see a need to do so yet again in this article - but I have to note: this is how petty, spiteful and full of hate the religious right ACDP is in South Africa. They will try to screw or nail our community (and not in a pleasant way either) at every single turn. "Live and let live" is not a principle they live by, nor are words such as "love your neighbor as yourself", which are oddly alien-sounding whenever one tries to reconcile their behavior with their protestations that they are supposedly Christians. They even bicker about crossed t's and dotted i's such as the use of the word "marriage" which they are still trying to remove from the Civil Union Act, even though it doesn't appear in the title. Perhaps they would like to register the word as their fundamentalist "Christian" trademark and call it "Marriage TM"? I wouldn't put it past them.
The ACDP and FF+ and other similar nationalist and "christianist" parties have since their founding been openly hostile to the most basic principles of democracy, equality, human rights, civil rights, and open-opportunity-for-all-society - and have over the years tried their level best to deliver on their threats to return us to our former ignominy as an unacknowledged, criminalized and persecuted minority, once again hiding in the shadows and fearing the tread of a policeman's boots simply because they need a scapegoat to blame their paranoia and political escapades on for the sake of their morality of convenience.
The ACDP remind me of a bunch of annoying little brat kids on a school playground, poking and prodding each other - in the eye, in the ribs, kicking each other's shins and shouting "Did! Not! Did so! Did not!" etc, etc. Perhaps they should spend some of the taxpayer's money on installing a sand pit in Parliament? Perhaps some swings and a splash pool? The Freedom Front Plus have made a career out of crying on the political stage, both local and internationally about how persecuted and victimized their cultural and racial group is - and clearly see no duplicity in sharing their bad karma with other groups to whom they wouldn't give the time of day.
I wonder whether the "reverend" Meshoe, or any of the other honorable Members of Parliament who could be so spiteful and childish, if drowning, would refuse to be rescued by a gay man? I don't know - would they? Because this is the level of immaturity and pointless counter-productive spite I see in their behavior towards valuable, upstanding citizens of South Africa. Perhaps the appropriate answer to this question is to say that we need more gay lifeguards.
(Posted at Sour Grapes)
0
Your rating: None