Submitted by ptaguy on 11 May, 2010 - 04:51
in
- Part I -
(Orginally published on http://gaywarfare.blogspot.com/)
There are still many myths abound regarding homosexuals and homosexuality. Many of these misperceptions surface when well meaning heterosexuals friends, colleagues and/or acquaintances finally muster up the courage to ask some of the questions they have always been burning to ask but too shy to do so. Some had me bursting out laughing to the point of almost loosing bladder control and other question had me surprised and made me think. Here are just a few of such myths about us queer folk.

All gay people across the globe know each other and we have a secret line of communication. If I had a penny for every time someone have asked me whether I knew their gay cousin and/or friend in a different city and/or country just because I am gay I could have retired early. The gay community is small and it is true that we may know many of our own community members in our own cities but there is no secret gay database stashed away somewhere that is updated every time a new fairy falls out of the closet and we are not required to study such a database and take an exam after.

Does it hurt when we have sex? Well this will depend on whom you ask, for some they may just respond in the affirmative and add “that’s if you are doing it right”. This response will normally come from the group that’s into the fetish S&M sex scene. For those of us who are into “normal” sex the answer will be it depends as well. You see when it comes to anal sex you normally have a pitcher and a catcher. Some gay guys have a preference for one or the other. If you are a bottom you will be the catcher and the experienced bottom normally will not experience any pain or major discomfort and that’s why we use KY. If you are a top you will be the pitcher and there will be no pain. Then you get some gay guys that are versatile and they like pitching and receiving. Depending on what these guys do more frequently, when receiving he may experience some discomfort or pain which normally will dissipate sometime during the “game”.

How do lesbians have sex? Well, to be honest I am not sure as I have never been a lesbian. I would imagine there are many ways two women can have sex. Oral sex springs to mind and the slang term “carpet munchers” or “muff divers” are pretty much self explanatory. On the same topic I have also been asked whether lesbians do not miss being penetrated and I had to respond by saying “why would they miss a penis if they didn’t like it to start with”. But should they wish to be penetrated there are always thing like strap-on’s, vibrators and dildo’s. My advice for my straight friends wanting to know how lesbians have sex is to ask an actual lesbian! 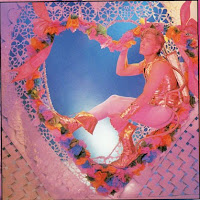 Who is the man and who is the woman in the relationship? The answer is simple, if he has a penis he is the man and if she has a vagina she is the woman. The myth that there are a man and a woman role in gay relationships is somewhat of a predicament. In the gay community we do have homosexuals that are butch (have more manly attributes) and some who are femme (are more effeminate); When a butch and a femme pairs up it may easily be assumed that the one would take on the traditional male role and the other that of the female. In reality this can be quite deceptive as in many gay relationships regardless of the perceived gender roles most of the responsibilities of being the traditional caregiver and breadwinner are shared amongst the two. In most gay relationship there are two breadwinners which also place us queer folk in a better economic situation than our heterosexual counterparts. We also don’t have the added expenses of having children (in the majority of instances) and we have a larger disposable income. Who earns the greater salary will also not have a major impact on determining the role of a partner in a gay relationship. 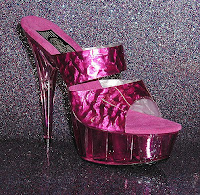 Do gay guys want to be women and lesbians want to be men? The simple answer is no. There are gay guys who dress up as women and they are called Drag Queens and lesbian who dress up as men and they are called Drag Kings. Neither actually wants to undergo a sex change operations and just enjoy imitating the other gender – some even do it as a profession. There even are straight men that dress up like woman and they are called Transvestites and they do not have gay or bi-sexual tendencies. When a person feels they were born with the wrong gender and opt to undergo a sex change they are called Transgender or Transsexuals. The issue of sexual orientation versus sexual gender identity is quite a complicated subject matter and would warrant a completely separate article. Gay men are also not disgusted by woman, we love them but not in the carnal sense of the word and the same goes for lesbians when it comes to men.

Why do gay people choose to be gay? My response usually would be “Why did you choose your eyes to be blue? “ Many gay people will tell you that they were born gay. I for one can attest to this. When I was born, and my mom gave natural birth, I knew there and then that I would not be revisiting that area of the female anatomy ever again. Being gay is more than just about sex, it also about the emotional attraction and bond homosexuals develop towards people of the same gender. It’s a natural attraction that may have been programmed into our genes. Why would anyone choose a lifestyle that will cause them to be discriminated against, in some countries persecuted and in some communities ostracized? We didn’t choose to be gay, we were born gay but are absolutely fabulous by choice.

There are countless more myths about homosexuality that I could address, but these are the most common ones I have been plagued with in recent years. I will never discourage any straight person from asking me anything about my sexual orientation, no matter how bizarre the question may be and trust that none of my gay readers will shy away from candidly answering questions they are posed. The gay community sometimes are vastly misunderstood, whether it’s due to plain ignorance or due to us not always being prepared to be open and honest I am not sure. However, I wish that more people across the globe could be educated about GLBT people, maybe if they get the correct information we would be better understood and discrimination and homophobia will one day be a thing of the past.
Till next time.