We queer folk are an interesting bunch and this must be the reason our community’s flag is that of the rainbow. Queers comes in all shapes and sizes usually packaged in well thought out designer outfits and gorgeous accessories, sequence and feathers or draped in flannel or strapped into leather. No wonder heterosexuals sometimes are so easily confused when it comes to the gay community. This is the second installment of my dispelling and explaining some common myths about homosexuals.

Is homosexuality just a phase? Seriously people, one confused and semi crazy actress called Anne Heche do not represent the gay community. Apart from thinking she was gay while with Ellen DeGeneres she also believed a spaceship would come and take her away. Homosexuality is as much a phase as the earth is flat. Many parents of gay children may want to cling to this myth hoping that their kids will one day wake up and be “cured”. Homosexuality cannot be outgrown like childhood allergies and no amount of therapy and/or prayer will magically cure a homosexual. You may confuse the average queer for a short period of time with threats of hell and psychotherapy by an unethical therapist but this will only lead to a brief phase of pseudo heterosexuality, which is the breeding ground for many Brokeback Marriages. 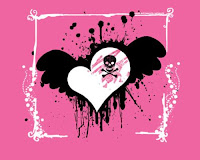 Lesbians and gay men are homosexual because they have been hurt by the opposite sex. Even though some research has suggested that some women who experienced sexual abuse may be attracted to other women it should also be noted that the same research suggested that these same woman also would have a tendency to be overweight. If being hurt by the opposite sex is the root cause of homosexuality there would have been a whole lot more queer folk out there. I know of at least five of my straight friends who suffered great hardship caused by their former lovers and none of them turned gay. 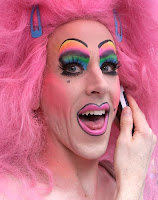 Why do butch lesbians never wear dresses? They never wear dresses because if they do they would look like drag queens. Some hardcore feminist lesbians also do not shave their legs and arm pits and don’t wear bras. Coincidentally, I know of at least one such feminist lesbian and she only wears dresses, maybe she prefer dresses because her natural body hair keeps her warm and cosy and if she had the wear pants without natural ventilation she’d over heat. Secondly, butch lesbians may find it harder to win in a bar fight if they were restricted by a dress and high heels. The only homosexual that will convincingly be the victor in such a bar fight will be a drag queen who have been specially trained for brawls in her sequence dress and 9 inch stilettos. 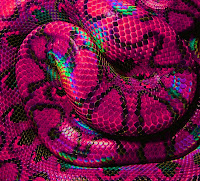 All homosexuals will try to get into your pants. Queer folk have better things to do than to try and deflower unsuspecting straight folk. We are far too busy to plot and scheme what the new fashion trends will be for the coming season, planning and attending pride parades, fighting for our rights and not to mention trying to find time to have sex amongst ourselves. For all the straight guys out there, have a good look at some of the gay boys. Most of us are well groomed, go to the gym, use face products and actually tend to our unwanted hair down there. None of us have a fervent desire to go on an expedition through your Amazon to locate your “anaconda” or your “chocolate tunnel”. Unless you are the Marlboro Man and actually knows what to do when faced with another penis you are safe. The professional homosexual will not have the time or patience to break in a straight person and to teach them the elaborate and flamboyant ways of our people.

Homosexual wants to recruit you. I have dealt with this myth before in my article “The Sodomites Wants to Recruit You”. No, we are not on a major recruitment drive. Our numbers are not dwindling instead, through natural selection, our numbers are actually increasing. If we wanted to recruit the unsuspecting heterosexual some major effort would have to go into the vetting of such a person. He must have an innate sense of style, be able to name at least 6 variation of the colour pink, be able to dance and know all the words of the songs of at least one musical and three Cher albums. She would have to know what a spark plug is and what it is used for, be able to change a tire, be able to name and be able to use at least five power tools, know the names and words of speeches of three famous feminists and be able to brake a mirror with her fist without cutting herself. So any straight people that fit any of these criteria please contact your nearest PFLAG centre and ask for the recruitment office.

So there you have it in a nutshell, some of the myths and questions I have been asked most frequently. Yes, we queer folk are an interesting bunch of people and anyone that has ever been to any of our pride parades will most certainly agree. No other community but us would be able to have more fun when it rains on our parades especially if it’s raining men. All my straight readers I hope you can sleep peacefully tonight knowing that there is no fairy hiding outside your window that will rape you in your sleep. I also do hope that you don’t get any nightmares with the knowledge that that Anne Heche never really played for our team but for yours.