Sex, class, and our debt to society 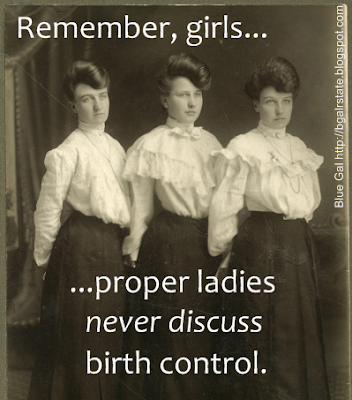 I attended a Community Organizing type meeting sponsored by the school district where as of next year, all three of my children will attend. The meeting was run by the President of the School Board, a man who clearly came from a long line of AME preachers, because "parental involvement in education" was not just the theme of the meeting, it was the God bless-ed gospel, and don't you forget it.

We parents who attended a 90 minute mid-day meeting to discuss parental involvement over cold Subway platters? Yeah. He was preaching to the converted.

The purpose of the meeting was to gather feedback and help to form a plan of action to help more parents in our community involve themselves in their children's education. We brainstormed on reasons why parents in my community might not become involved. Some of the reasons, and I am not making these up, on the paper flipchart (thank you Jesus there was no Powerpoint presentation):

Power is turned off at home

One or both parents are incarcerated

I mean, we got to "incarceration" within four minutes.

I live in a poor city. Every elementary school in the district is designated Title I, which means extra Federal funds because, duh, the majority of parents in the district are low income. It's called "Improving The Academic Achievement Of The Disadvantaged" but in the world of No Child Left Behind the focus is, of course, far more about standardized test scores than about making sure the child's home has a paid electric bill and at least one parent not in jail. 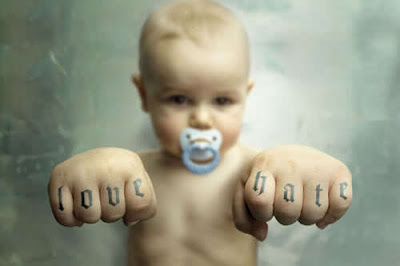 And of course we have a huge Catholic parochial school just down the street for parents who don't want their children to be educated alongside disadvantaged peers. I could send all three of my children there (I looked it up for fun) for a total of $19,450 per year, with an additional $150 registration fee per child. And since they let Newt Gingrich in, I just don't have the warm fuzzies for the Catholic Church that I never did.

And nevermind that. I have a huge commitment to public education, not just because I want my kids and every kid to be raised as an educated member of society. I realize I'm preaching to the converted here, too. 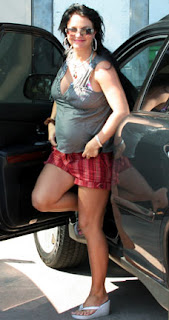 A few days after this meeting, I met, literally on the schoolyard, an acquaintance, the mother of one of my 6yo's friends. She's under 30, dayglo red hair, tattoos, and a hand-cut cleavage wild child t-shirt.

Dear readers: I do not do math in my head very quickly, but I knew right away for a fact that this woman had gone four cycles pregnant and had just "found out." Granted, as someone who has gone through infertility treatment, I STILL know two years after my tubes were done my exact day of would-be ovulation every single month.

Mr. Gingrich, while I have you on the phone, allow me to say that I am far more worried about the threat to this nation of ignorant parents and their neglected children, as well as a government policy that thinks they can fix these problems with standardized testing, than I am about some invented terrorist boogie man you want to prop up on the Sunday shows. And don't you EVER mention family values while I'm within castrating distance of you.

Unlike this whole torture-the-terrorists BS brought on by Cheney and Gingrich, there is an actual debate going on in the Republican party over sex: exemplified by Bristol Palin on the 'anti-sex' side and Meghan McCain on the 'pro-sex' side. It recalls a New Yorker article I've linked many times before and will again, Red Sex, Blue Sex:

Social liberals in the country’s “blue states” tend to support sex education and are not particularly troubled by the idea that many teen-agers have sex before marriage, but would regard a teen-age daughter’s pregnancy as devastating news. And the social conservatives in “red states” generally advocate abstinence-only education and denounce sex before marriage, but are relatively unruffled if a teen-ager becomes pregnant, as long as she doesn’t choose to have an abortion.

So Bristol Palin gets pregnant and doesn't get an abortion, and her choices are understood and even accepted in Red State world. And Meghan McCain is clearly sexually active but doesn't get pregnant, and describes herself as a "progressive Republican."

It's become very clear to me this week after offering, sincerely, to help the "just found out" mom find some hand-me-down baby clothes, that the debate between Bristol and Meghan is not about political party or feminism or even sex itself. It is about economic class. (Yes, my preschooler can tell you that Mommy is a Marxist in the intellectual sense.)

Remember the wonderful old movie Pygmalion, from the Shaw play, with Wendy Hiller and Leslie Howard? Done far better than the My Fair Lady version, mind you. Professor Higgins announces that he will make Eliza Doolittle into a fine lady by teaching her to speak properly:

HIGGINS [carried away] Yes: in six months -- in three if she has a good ear and a quick tongue -- I'll take her anywhere and pass her off as anything. We'll start today: now! this moment! Take her away and clean her, Mrs. Pearce. Is there a good fire in the kitchen?

HIGGINS [storming on] Take all her clothes off and burn them. Ring up Whitely or somebody for new ones. Wrap her up in brown paper til they come.

LIZA. You're no gentleman, you're not, to talk of such things. I'm a good girl, I am; and I know what the like of you are, I do.

HIGGINS. We want none of your slum prudery here, young woman. You've got to learn to behave like a duchess.

Behaving like a duchess means having no concern over whether society thinks you are a 'good girl' sexually. George Bernard Shaw understood that the cultural battle over sexual morals is not about sex. It's about whether you need to position yourself as morally superior about sex, because that is your economic class's only claim to gentility. (Notice Eliza's slum prudery extends so far as to getting naked for a bath.)

Oh. Did somebody say duchess?

Meghan McCain is the daughter of military royalty and brewmaster aristocracy. The word "privileged" comes to mind.

Something Bristol Palin is not.

Bristol Palin recently said "If girls realized the consequences of sex, nobody would be having sex. Trust me. Nobody." Clearly, 'nobody' does not include Meghan McCain, because Meghan has the financial, emotional, and educational resources to protect herself from the unwanted consequences of sexual activity. In a word, she can afford to be pro-sex. Hell, if she gets pregnant, she can afford a crib that costs as much as educating three kids in Catholic school for a year. 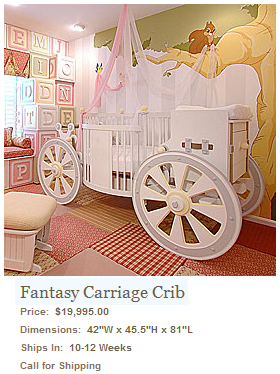 Or have Cindy's people call for shipping. The wealthy can afford the crib and the sex and the babies and even the abortions, even if the poor in the red states were to succeed in making that illegal. There's always a trip to Canada, Norway, or a high-priced physician willing to perform an undocumented "procedure." Most importantly, unlike the vast unwashed of Red State Evangelicalism, the rich do not need a pro-life anti-sex political position to be Better Than You.

The rich can also afford to opt out of Title I public education. In doing so, they leave their debt to society completely and utterly unpaid. Not ironically, education leads to a higher 'class' of people, people who don't need slum morals and sexual hypocrisy to prove superior societal status. If we want less influence for the religious right and the Republican Party that takes advantage of their ignorance, we have to start going to public school board meetings and find baby clothes and maybe a clue for the unrefined mother down the street. Paying my debt to society includes her baby, too.

I cannot be more thrilled to have her voice for politics, women and good ol' smart-mouthiness close at hand.

I don't buy the idea that sex

I don't buy the idea that sex positive ideology is only for those who have the social or financial capital to afford it. Put another way, I don't think sex negative ideology does a very good job of preventing STIs or unwanted pregnancies.

A pack of condoms is still cheaper, both for the potential mother and for society in general, than a child people aren't prepared to take care of.