On Tim Tebow and the captive audience sales pitch

When I was a kid, our family would gather at my grandmother's house for Thanksgiving and Christmas.  All manner of cousins, aunts, uncles and sundry relatives would descend on a little house in Batavia, IL.  She had a bar in the basement with a pool table, a long dining room table made longer by adding some folding card tables and folding chairs.  In the living room, she had a big color TV - one of those tube jobs with the old remote that clicked loudly when you pressed a button.

The house and the day were a montage of running around, opening presents and eating tons of food including some questionable things made with Jello.  After a day of consumption and jubilation the adults were usually at the bar or playing pool downstairs.  Meanwhile, us kids would settle down in front of the TV to watch football.  We sprawled out across the floor, next to tables and a few choice seats in the big lounge chairs.  Late arrivals sat in the "bleacher seats" - a couch covered in plastic slip covers that stuck to skin in the summer and was slicker than ice in the winter.  Food coma and the chance to maybe see Gale Sayers break a long one.  This was the perfect ritual to mark the passing of another year and the bonds of family.

There was only one thing that could destroy this idyllic landscape: my great-uncle, the Priest.  He would come in when the game was on and we were all too tired or too full to move.  It was the kiss of death for fun.  It would usually go something like this:

great-uncle Priest: "What are you all doing in here?"

some kid: "um...watching the Bears lose"

It was a sales pitch delivered in defiance of everything and everyone else.  It is as self serving as it is insulting.  If people want to buy the word of god, they go to a house of worship.  If someone came to the door selling vacuum cleaners, they would be turned away but not a Jesus salesman.  Holy men are tolerated, humored, considered or whatever - but no matter what the justification, they are allowed to sell.

Tim Tebow is a Jesus salesman preying on people who gather to watch a football game.  He is the poster child for Colonialism.  This is exactly what I do not like about Tim Tebow.  It is a bait-and-switch.

He uses the privilege accorded to him for being white, male, christian and english speaking and inserts his sales pitch for Jesus into the conversation about something else.  There is absolutely no fucking way that any NFL game would tolerate a black muslim talking about Allah at every microphone, kneeling on a prayer rug on the sidelines or wearing this around his neck: 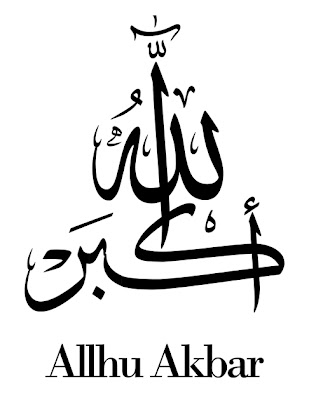 Tebow is tolerated because we fear reprisal from christians for objecting and calling his sales pitch bullshit for exactly what it is.  The highly funded, well organized evangelical fundamentalist christians that see theocracies overseas and want one for themselves - they are virulent and incessant.  They have their sights set on a christian miltiary global theocracy culminating in a final bloodbath to usher them into the gates of heaven.  This christian colonialism is part & parcel with western, US + Euro colonialism.  If we question this, we must question our entire commercial, militiary & cultural identity.  We do not challenge evangelicals because at our core, we are every bit the colonizers that they are.

If someone believes that by doing the bidding of holy men in this life means that they can live forever in another life, go for it.  If they further believe that they can only get into heaven by trying to get me to believe as well, then we have a problem - my permission.  Someone can ask me if I want to hear about their god and if the answer is no, then fucking stop.  Otherwise, we have this problem of violation of my agency.  There is a saying in sales:

"Never ask a question that has an answer you do not want"  (Like "no" for example.)

Evangelicals know better than to ask millions of other people whether we want to hear a sales pitch for Jesus in the middle of our football game or in the dentist chair or anyplace other than church.  This is why they deliberately inject it into places where there is no chance for people to state their objections - like a fucking football game.

They also hide behind their privilege knowing full well that I cannot barge into their living room and tell them that their bullshit god stories are a goddamn cancer.

The most agregious violation practiced by Tim Tebow and any other evagelical is the presumption that their faith trumps everyone else's personal choice.  This is a deliberate "fuck you" hiding behind piety.  It is a predatory act.  They are predators, violating lives, voices, choices and identities.

So, fuck you! Tim Tebow and your mother and your preacher and everyone else that has this bullshit to offer.