When Domestic Violence Happens Outside of Closed Doors

This weekend, NFL linebacker, Shawne Merriman was arrested and accused of choking his reality TV star girlfriend Tila Tequila. Although the facts of this case have yet to be released, one of the biggest issues of my feminism has been displayed :  victim faulted for abuse.

Since the alleged assault occurred, the internet went wild with accusations , videos and "witness accounts" essentially placing all  blame on the victim. "She is a whore", "what did Tila do to provoke him?", "she was giving him lap dances all night", "He probably just got tired of her loud mouth", "she's a lesbian, she's not really his girlfriend", "it's all a publicity stunt" and the quotes go on and on. This reminds me of the Chris Brown/Rhianna case, in which Rhianna was brutally beaten by her then boyfriend Chris Brown and then was soundly blamed for being a "jealous girlfriend", or a "ho", or some other word used to render the victim unworthy. It troubles me deeply to see this reaction - spectators should be denouncing these acts of violence, not pretending that the act is some how justifiable.

How damaging is the language in the reactions of people/media to a public display of partner abuse? It perpetuates the myth that abuse is some how, even a little bit, the fault of the victim. Whether it's a woman/man who has been raped and then accused of "unduly inciting the lust of their attacker" or a woman who's husband beats her and support is non-existent because the issue is between the husband and wife, placing any blame on the victim perpetuates violence, it does not prevent it.  Removing blame from an attacker may ease his/her guilty conscience, may affect how a jury interprets a domestic violence case, may make victims themselves feel responsible, and  may encourage an attacker to do so again. 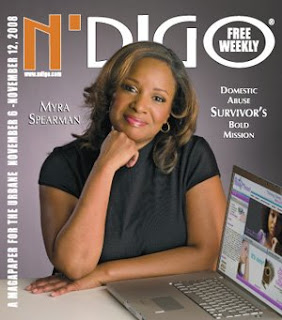 What is worse, cases of women overcoming years of domestic abuse are rare. We never see stories about women regaining their sense of self, breaking free of the violence cycle, leaving their attacker,  seeking help and recovering from the abuse. Millions of brave and strong women survive. But we never hear about these stories that portray, that reveal, women as strong individuals. We just see Tila and her "reputation" ripped to shreds, we see her victimized and then brutalized for being a victim while her rich boyfriend get's a pass from society for a disgusting and public display of dangerous violence.

This has to stop.