Will The Real Christians Please Stand Up? 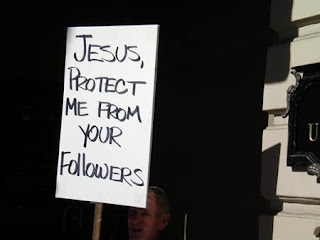 If you hate Christian Fundamentalism...

Then support the ACLU: http://www.aclu.org/

It's the best charity out there for these kinds of problems.