(Originally published on Warfare: The Delightful and Dreary Sides of Gay Life)
Waking up this morning, on my first day of my holiday, I felt that everything was right with the world. No meetings, no frantic phone calls just some rest and relaxation. Still relishing in this tranquil thought, I stumbled out of bed and went about my normal morning routine. Then I checked my e-mail. Another country is about to criminalize homosexuality, and it is Rwanda of all places. After surviving a genocide Rwanda now wants to follow the example of Uganda. I was shocked! What is happening in Africa? Has the world gone mad? 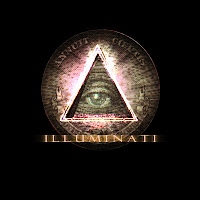 Today the Rwandan government will be voting to introduce Article 217 into their penal code. This article states that:

“Any person who practices, encourages or sensitizes people of the same sex, to sexual relation or any sexual practice, shall be liable for a term of imprisonment ranging from five (5) to ten (10) years and fine ranging from Two Hundred thousand Rwanda Francs (200.000 RwF) to one million (1,000,000)Rwanda francs”. 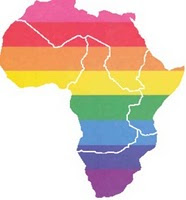 I have to admit I am not an expert on African politics but when I did a little research on Uganda and now Rwanda regarding the Genocide Bill and Article 217, one person’s name seems to keep popping up – Rick Warren. Warren is a “successful” pastor who apparently has close ties to a not-so secret, secret society known as “The Family” or "The Fellowship". "The Family" is a Christian fundamentalist group, it is large and powerful, with tentacles that reach every corner of the world with its members including several high-ranking political figures in the United States. Their goal in Africa – Eradicate homosexuality! The means of doing so – Provide funding to economically challenged governments and pressure them to enforce stricter laws against homosexuality. Their real motive for doing this – UNKNOW…

This sounds like one of those conspiracy theories from a blockbuster Hollywood movie. Naturally, I also dismissed this as farfetched as I did not wanted to stir up images of boogey men or fag hating Illuminati types. However, the reality remains. Two African countries now want stricter laws criminalizing homosexuality, both laws violently infringes on the human rights of gay people and one ominous group seems to be behind this – “The Family”. It would appear gay people around the world now have a new enemy. A group of people who wants us eradicated. A Fag Hating Illuminati hell bent on destroying us. 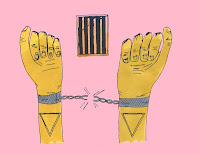 Unfortunately for this group, they vastly underestimate us queer folk. We are not like the dinosaurs and it will take more than an asteroid or a few powerful, misguided bureaucrats to force us into extinction. Our “depraved lifestyle” and having to hide who and what we really are has made us quite a tenacious bunch of abominations. We are organized, focused and our tentacles also reach well beyond what they expect. What makes us even more dangerous is the fact that we can hide in plain sight, and when they least expect it we will mount them from behind, penetrate their well oiled machinery of hateful propaganda and thrust our collective dissident beliefs down their throats. Our stamina will outlast theirs.

Being a community bound by our own “brotherhood” our society is not a secret one. We often profess we are queer and we are here and nothing will stop this or silence us. Have they never seen a Drama Queen throw a tantrum; a Drag Queen getting into a bitch fight at a pageant or a Dyke blowing her lid after catching her girlfriend kissing someone else? Have they never seen the wrath a homosexual can unleash? The combined anger of the queer world will make the atom bomb seem pale in comparison. We do not fight our wars with guns, the weapons we use is far less complex but much more effective and of greater devastation. We have our voices, passion, compassion, the truth and a flare for the dramatics. No matter where we are we will speak out, we will expose the injustice inflicted on our queer family; we will oppose homophobia and resist any pressure to the turn a blind eye. We will continue having carnal knowledge and use whatever damn contraptions we want.

Fag Hating Illuminati, as you are watching us, so too are we keeping a queer eye on you. You are busy in Africa. Uganda and now Rwanda is at risk and we do not know where you will spread your cancer next. Just remember one thing, we will not go quietly, we will not go peacefully and we will not crawl back into the crevices of the closets in which you imprisoned us. It’s not over until the fat Drag Queen’s song is finished or the sexual contraption’s batteries runs out!

'The Family' and Anti-Homosexuality Bill in Uganda
0
Your rating: None